WATCH: Goals and highlights from Newcastle’s win over Aston Villa 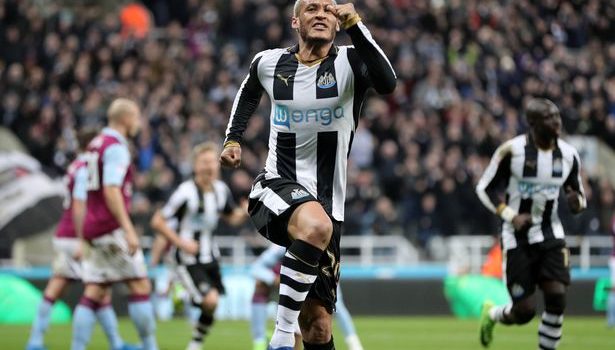 WATCH: Goals and highlights from Newcastle’s win over Aston Villa

Video uploaded by YouTube channel Football League Championship showcases all the goals and highlights from Newcastle United’s 2-0 at home against Aston Villa in their English Championship encounter at St James Park.

Newcastle United’s goals were scored by Yoan Gouffran and an own goal from Aston Villa’s January signing Henri Lansbury.

With his goal, Gouffran increases his goal tally to five English Championship goals so far this season.

Because of their win, Newcastle United retain their position at the top of the English Championship standings ahead of nearest challengers Brighton and Hove Albion while Aston Villa’s woes continue as they drop to 17th place.