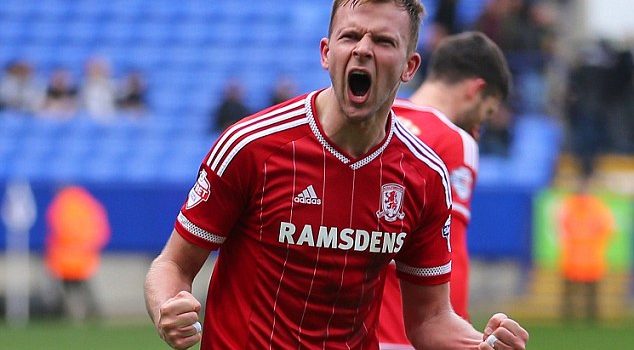 According to reports, Aston Villa are interested in signing Middlesbroughâ€™s Jordan Rhodes.

The Villans are reportedly looking at a swap deal where they exchange Jack Grealish for the Scotland international forward.

Aston Villa are desperate to sign the Scot in this monthâ€™s transfer window but have so far fallen short with their offers.

According to HITC Sport, they are now trying to take Rhodes, also a target for Sheffield Wednesday, to Villa Park in a straight swap deal for Grealish.”