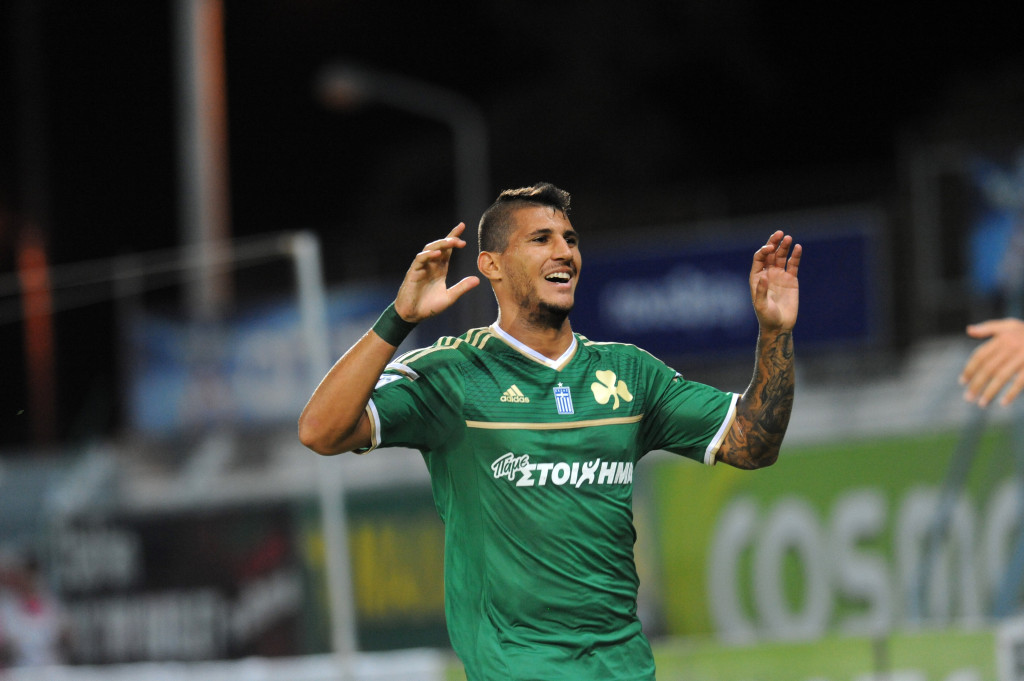 Since the 2014 World Cup, Greek football has endured a dark period, given the struggle of both the national team and the various off-field controversies surrounding the domestic game.

The one bright spark, though, has been Nikos Karelis. The 23 year-old forward has been hugely impressive in his second season with Athenian giants Panathinaikos and is perhaps his country’s most exciting young player.

Across all competitions in 2014/15 Karelis scored 19 goals (16 of them in the league), in the process helping the club into a qualifying spot for the UEFA Champions League.

Beginning his career with Ergotelis, back in 2008 the Heraklion-born youngster earned himself a trial with Arsenal, though a move never materialized despite him making an impression on the English Premier League club.

The future appeared bright, though his career stalled somewhat after moving to Russian Premier League outfit Amkar Perm, where his contribution was limited as he struggled to break into the first team.

A return to Greece with Panathinaikos has proved crucial in Karelis’ resurgence: not only did he help them to a Greek Cup victory in 2014 (scoring in the final against PAOK) but he has also established himself in the Greek national team set-up.

Having turned in a series of dazzling displays up-front for the Greece’s youth teams, he has now made the transition to the senior set-up and already opened his account with a cracking goal against Finland during the current Euro 2016 qualifying campaign.

What makes Karelis such an exciting prospect is the manner in which he blends together his three greatest qualities: intelligent movement, close control and uncompromising finishing.

A key feature of the forward’s play is his ability to play in between the lines and operate as a fulcrum for attacks, linking up intelligently with teammates and showing a maturity to be able to hold the ball up when required.

But perhaps his greatest asset is a willingness to try the unexpected, already having scored some stunning goals in a short career, ranging from acrobatic volleys to audacious long-range efforts.

He is the type of player that an ailing Greek side desperately require, and his talents have not gone unnoticed by the likes of Serie A club Palermo as he continues to flourish in his homeland.