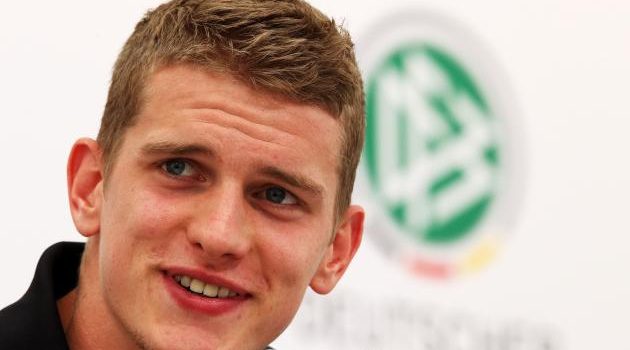 Arsenal have long been searching for a defensive midfielder and recent rumors suggest that they are in pole position to sign Bayer Leverkusen’s Lars Bender.

The 25 year old German international and twin brother of Borussia Dortmund’s star Sven Bender has been enjoying a good spell at the Bay Arena attracting attention from major sides like Barcelona. But because of the transfer ban the Catalan side is facing, the Emirates seem to be the ideal destination for Leverkusen’s co-captain.

Lars Bender joined Bayer Leverkusen on August 18, 2009 from 1860 München. This season he has made 24 appearances in all competitions for Leverkusen scoring one goal and assisting two more, which is not bad for a defensive midfielder.

He has also helped his team progress to the last 16 stage of the UEFA Champions League in which they will face last year’s finalists Atletico Madrid and they are also fighting for a Champions League spot in the Bundesliga. Lars’ form and rise grabbed the attention of Germany’s national team manager Joachim Loew who handed him his international debut on September 6, 2021 and has since made 19 appearances, scoring four goals in the process.

Bender is a key player at the center of the pack for his team. His ability to drop back and help his central defenders alongside his amazing skill and composure with the ball makes him a good candidate for Arsene Wenger, who had to rely on youngster Francis Coquelin recently after Mathieu Flamini’s unreliable performances. It’s rumored that Wenger is willing to pay 22 million Euros in the summer for Bender.

Besides his ability with the ball, Bender is also a good team leader and never seems shy of making important decisions on the pitch. Also, his aggressive play and neat tackles can only help him settle into the Premier League quickly. That is probably why he is wanted by Arsenal and why he just might be the right signing for the North London club.