Gervinho: Did he deserve more playing time at Arsenal? 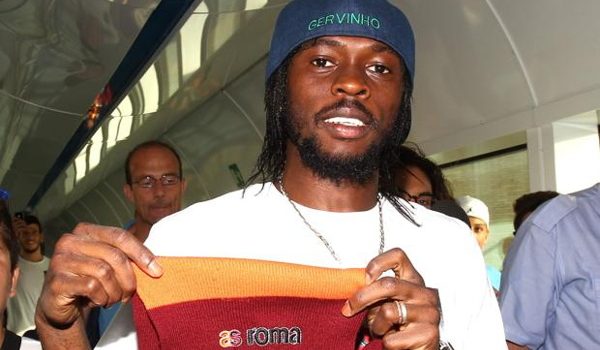 Gervinho: Did he deserve more playing time at Arsenal?

“Deadwood” as Arsenal fans call him, the winger completed a rather not surprising move to Italian out-fit Roma. To some of the Arsenal faithful, citing me as an example; I had mixed emotions- firstly, tagging Gervinho ‘’Deadwood’’ is quite appealing especially when you remember he at least contributed fairly to the team last season, more than his other ‘’Deadwood’’ team mates. But again, you realize most of his contributions ended up being fruitless, and then, just then, you remember those horrific and abhorrent misses and selfish play from the Ivorian.

Gervinho is the sort of player you dream to have in your team. He is heavily blessed with a wide range of talents that matches his usual wing role, despite also being capable of playing as the main forward.  His pace and ability to cut in situates him perfectly for the wing role in a 4-4-2 formation. Unfortunately, he couldn’t replicate that brilliant form he once had at his former club Lile

In his maiden and second season at Lile, the Ivorian forked out a total of 36 goals in all competitions.

No wonder former team-mate and current Chelsea star-man Eden Hazard saw him as the most complete player you can find in Europe, and confesses saying ‘’Gervinho is the best player I’ve played alongside with’’. Sadly, reading that quote to any Arsenal fan presently could invoke anger.

Browsing through a time-line of Gervinho’s utter misses for Arsenal could create an amusement park for the non-Arsenal fans. But to the faithfuls, infuriating anger is an understatement. The pick of the bunch of Gervinho’s endless goal-scoring mishaps is ostensibly the game against Bradford- the miss was so bad that even the Bradford player close to him was disappointed he missed.

Still, and not surprisingly, the manager never for once doubted his capabilities. Although, last season wasn’t all dreadful for the former Lile man as he, at some point, was quite efficient. A sneak peak is the game against Reading, where he scored one and assisted two. Arsenal eventually came out victorious with a 4-1 scoreline. He left the game with the man of the match award.

Blaming Arsene Wenger for Gervinho’s awful roller coaster at Arsenal may be absurd. As highlighted earlier, the manager never for once doubted the player’s talents. And in fact, handed the player with his most suitable role, which ended up being a slap on the face for the French manager.

Unfortunately, and to reasons best known to him, he never really made good use of his chances, and ended up being a flop.

Worryingly, another season at the Emirates might have been ideal for the Ivorian.

Ramsey was one of the victims of the dead-wood players. His sad ordeal started after his horrific injury at the Britiania stadium where he was shaw-crossed. After recovering from the injury, he never really produced his former form, and occasionally, got the stick from the Arsenal fans. But still, the Welshman was determined to get back to his former self- His pre-season tour in Asia with Arsenal, and the friendless performances have shown just that. One can only wait to see the good stuff installed from him next season.

But getting another chance for Gervinho isn’t the only disturbing situation, but it’s the club decision not to strengthen the squad that has left them making only one signing this summer, when full concentration should have been planted in the attacking department.

Last season’s turmoil wasn’t only dressed down to defence issues, but also attacking. In fact, the latter caused more problems for the team last season.

Lastly, if Arsenal manages to secure a good signing to boost their attacking options, the ‘Gervinho Arsenal’ story would be a thing of the past, just like the little Russian.