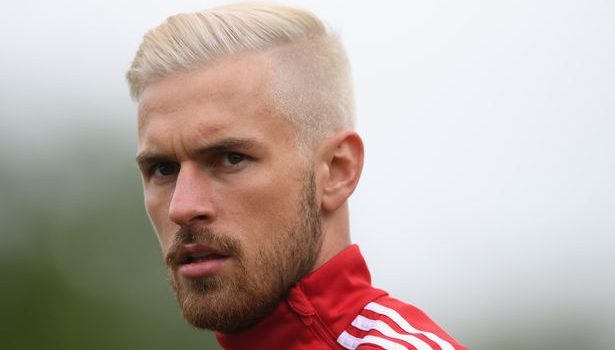 Arsenal midfielder Aaron Ramsey is reportedly being sought after by Spanish giants Real Madrid with a £25 million deal being mooted.

As reported by The Week:

“Real Madrid are planning a £25m move for Arsenal midfielder Aaron Ramsey, provided they can overturn a transfer embargo.

The Spanish giants see the midfielder as the ideal replacement for Luka Modric and James Rodriguez who are on the way out, says The Sun, and they want Ramsey to team up with fellow Welshman Gareth Bale at the Bernabeu.

Real regard Ramsey as an “extremely versatile player who can play centrally or all across the field behind a lone striker”, says the Sun. “Real are confident of persuading Ramsey to leave the Emirates with an offer of regular football and a substantial increase on his current £90k a week salary.”

Ramsey, who has been hampered by injury this season, has only started one Premier League match and has struggled to force his way into a midfield where competition for places is fierce, with Alex Iwobi and Francis Coquelin chosen ahead of him.”

How is the Welshman performing this season?

Unfortunately, Ramsey has endured an injury-hampered campaign so far as mentioned above.

And with that in mind, according to WhoScored, Ramsey has only made 4 appearances this season with an average rating of 6.32 per game grabbing just a single assist.