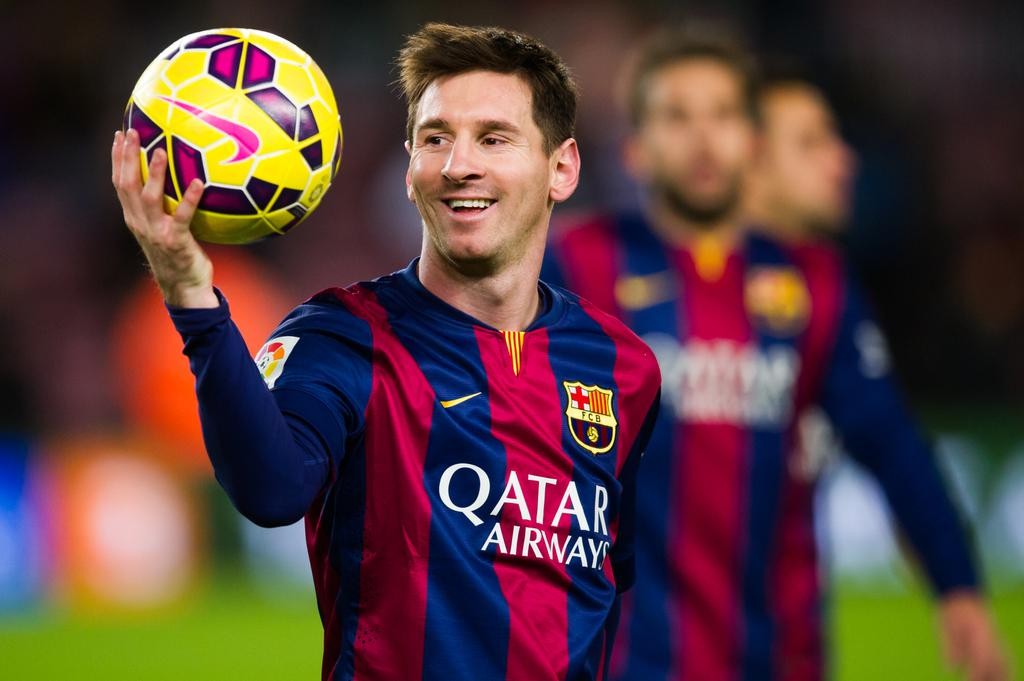 Things are always slightly easier when you have Lionel Messi in your team. It is why Luis Enrique was jumping up and down on the Nou Camp touchline as his Argentine striker broke clear on the half-way line before he even reached the box. His manager’s assuredness was stalled a moment as Diego Alves saved his first effort, but the ball fell back into Messi’s path and Valencia were finally seen off at 2-0.

As Messi lied on the grass behind the goal he had just scored in, the relief, not just in Enrique or his striker but in every Barca supporter among the 93,000 in the Nou Camp, was palpable. Barcelona had just negotiated a tough run of games which involved away trips to Celta Vigo and Sevilla, while Nuno Santo’s resurgent Los Che ran the Catalans through the toughest of examinations on Saturday afternoon. The 2-0 win made left Barca with 7 points from those 9 on offer and with a 2 point lead over Real Madrid at the top of La Liga still intact.

The goal also represented an individual landmark for the 27 year old who now has 400 club goals for Barcelona, the player who continues to smash records and for whom the superlatives have become cliché. Enrique’s regime has seen him take on a deeper, wider role than the excellent “false 9” he filled in the centre of Pep Guardiola’s attack, but that has not slowed down the scoring. The Valencia goal was his 35th in the league, while another 11 have followed in other competitions as Barcelona remain on for a treble in Enrique’s first year in charge.

Still a relative novice as a manger, Enrique deserves great credit for the shape Barcelona, and Messi personally, are currently in as they reach the end of a season that had at times threatened to implode. Against a backdrop of boardroom unrest which involved the transfer ban as well as the uncertain rule of new president Josep Maria Bartomeu, who replaced Sandro Rossell following his resignation over the disputed deal for Neymar last year, and the forthcoming summer elections, Enrique has managed to keep Messi focussed while also effectively introducing new £65 million signing Luis Suarez into his previous role of the central point of the three-pronged attack.

Rumours of dressing room turmoil, which Messi himself has admitted he had to intervene in, had engulfed the Catalans back in January when the club had to fend off substantial reports that linked him with a move away. Enrique would bench the attacker for the 1-0 loss at Real Sociedad and anxiety would begin to take hold amid stories of a severely strained relationship between player and coach.

What followed was an intense PR campaign that involved Bartomeu publicly endorsing his star asset, indulging Messi with a series of platitudes that saw him this week promised a place at Barcelona for life.

It is very different from the disillusionment Messi felt under Rossell who was seen by some, a view fuelled by the acquisition of Neymar, of attempting to drive the Argentine out of the club. The attacker would publicly criticise vice president Javier Faus over his refusal to enter contract talks and in February that season former assistant coach Angel Cappa accused Messi of losing some of his passion for football, possibly becoming bored after 15 years in the game.

Fast forward just over a year and there is no doubting his motivation has returned, with the dreadful night in the Anoeta providing the pivotal moment, even if it is a slightly different Messi that we are now witnessing. It is one that has accepted more of a withdrawn role as a result of the arrivals of Suarez and Neymar and one that has become more creative, registering 20 assists so far this season as well as his superb 46 goal haul. He has also regained his desire to work hard when off the ball while Neymar has also become more physical, allowing Enrique to see his front 3 to intently press high once again, led by Suarez to whom such a style comes naturally.

Neymar’s double in the second leg Champions League quarter-final victory over Paris St Germain on Tuesday took the front 3 to 95 goals for the season and well on course to beat the club record of 100 held by Samuel Eto’o, Thierry Henry and Messi under Guardiola in 2009. It came after Suarez’s double in the first leg as the supporting cast this time seized the headlines while the Argentine, who forged the vital first goal in France with wonderful precision and remained dangerous over the course of the 180 minutes, took on a more peripheral role.

Yet he is happy enough to carry out such a role for the team and his manager and regardless of whether he could do better if fielded elsewhere, it is currently working well enough for Barca to close in on another round of silverware. As he lay on the ground at the very end of the game with Valencia on Saturday with the Nou Camp awash with admiration for his latest contribution and achievement of 400 goals, they were yet again indebted to his genius.

400 is the latest landmark in an extraordinary career and with form, motivation and happiness rediscovered, many more will certainly be added to it.