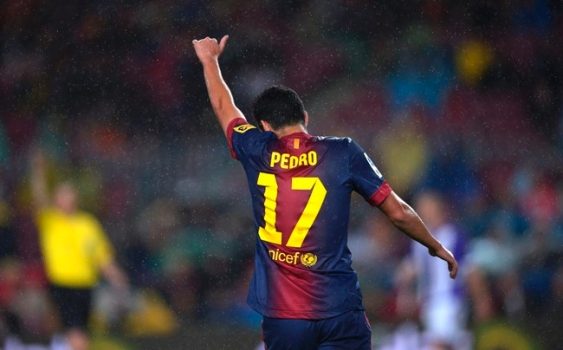 Despite winning the Copa Del Rey, 11/12 was not a season to remember for Barcelona and the Blaugranes and following Pep Guardiola’s departure the club was open to criticism from the Spanish press.

Some newspapers disapproved of Tito Vilanova’s appointment because of his lack of experienced and they blamed his ‘over complication’ of tactics as assistant manager for some Barca’s home defeats that season. Vilanova and his players certainly had a point to prove.

The La Liga season started with two routine wins against Real Sociedad, 5-1, and an away win versus Osasuna. At this point Barcelona already had a five point lead over Real Madrid who had failed to win at home to Valencia and then lost to Getafe. Barca led the league table and would do so for the rest of the season, a new record.

Real Madrid, made determined by their humiliating start of the season, defeated Barca in the Supercopa Espanol in a tight affair on away goals. Given the way the season had started this came to Barcelona’s surprise.

El Clasico defeat is a bitter pill to swallow, perhaps more so for Barca given the political connotations, and it drove the Catalan club onto a 16 match unbeaten run in the league including wins against Atletico Madrid and Valencia.

Barcelona’s first league defeat of the season came at the hands of Real Sociedad, the eventual fourth placed club. Barcelona had gone 2-0 up at the Anoeta, Messi scoring a record 10th goal in a row in the process, before Sociedad fired home three unanswered goals.

In the month after Barcelona were disappointing, losing to AC Milan 2-0 at the San Siro, drawing with Valencia and getting knocked out by Real Madrid in the Copa Del Rey.

The silenced critics started to re emerge, Barca’s ‘best team in history’ had people taking shots at it left, right and centre. Coping with success is easy, but coping with defeat is the hallmark of champions and Barca were ready to do just that.

Barca’s first game on their bounce back from El Classico failure was a 2-0 win against the subsequently relegated Deporitvo. Then, against Milan the sleeping giant was awoken. A 4-0 win at the Camp Nou once again silenced the critics.

Barca proceeded to knock out PSG, controversially, on away goals and beat Mallorca 5-0 away. A further two wins against Zaragoza and Levante appeared to have settled the ship.

Then it happened; in, perhaps, the most significant result in recent European football history Bayern Munich demolished, and that’s an understatement, 4-0 at the Allianz Arena. Catalan heads dropped across the land, maybe this was truly the end of an era, the end of the greatest side in history.

A rested Barca side failed to win at Athletic Club in a 2-2 draw but the big game of the week was the home leg versus Bayern Munich. Surely even Barcelona couldn’t turn the tables on this one. It was one thing turning round a 2-0 deficit against Milan, but four against arguably the best squad in Europe? That would be something special.

Unfortunately for the Blaugranas it was not to be, in fact it was humiliation once more as Muller and Robben ripped apart their team. Now, with just the league available, the team could focus its frustrations on league victory.

With Tito Vilanova back the Catalan club proceeded to be victorious in the remaining five games including a 4-1 success at home to Malaga; it was in this game they broke their own points record, 100, and led La Liga by 15 points ahead of Real Madrid.

It has been a rollercoaster season for Barcelona, but now they will be more determined than ever to win back the Champions League. Having added Neymar to their side they may become the undisputed Kings of Europe once more.