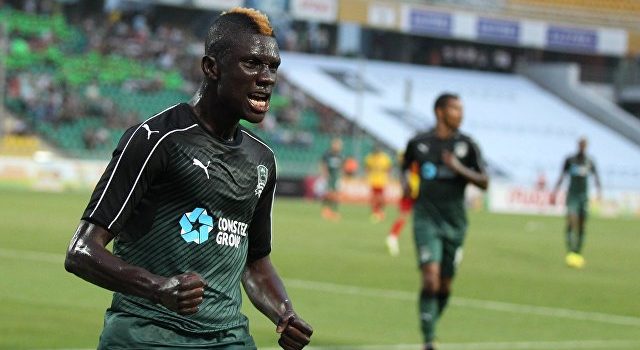 In more official news, Celtic have officially signed Ivorian midfielder Kouassi Eboue from Russian side Krasnodar subject to a visa.

The 19 year old will reportedly sign a four year deal with the Scottish giants.

“Celtic have signed Krasnodarâ€™s Ivorian midfielder Kouassi Eboue, subject to the granting of a visa.

The 19-year-old, who made 18 appearances this season in Russiaâ€™s top flight, has signed a four-year deal.

“A fee has been agreed with FC Krasnodar, as have personal terms with the player,” Celtic confirmed.

Eboue will become Celticâ€™s first signing during the January transfer window with manager Brendan Rodgers keen to bolster his squad.

“We have received the necessary governing body endorsement from the Scottish FA and subject to the visa being granted, Kouassi will join Celtic on a four-year contract,” Celtic added in a statement.”