Paul Pogba: A World Class Player In The Making 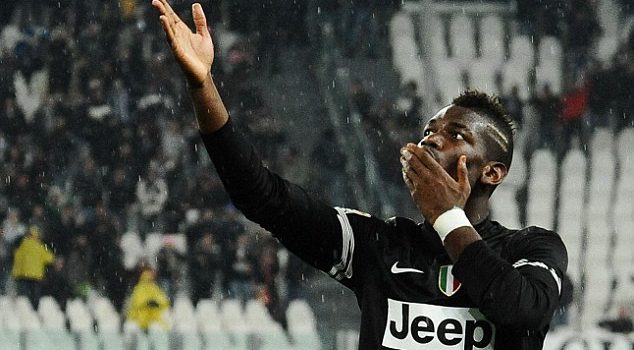 Paul Pogba: A World Class Player In The Making

There was nothing unconventional about 19 year old Paul Pogba signing for Juventus, who had won the Scudetto in an unbeaten season.The former Le Harve youth player traded the red of Manchester United for the the black and white of Juventus (although formerly of Notts County since 1903). It seems to be a given that Paul Pogba can continue the tradition of French midfielders establishing themselves for La Vecchia Signora (The Old Lady).

Now it would be naive to compare Pogba to the great French midfielders of Juventus such as Zinedine Zidane and Michel Platini but having seen glimpses of performances for Juve, I can say with confidence that Paul Pogba has the ability to lead Juventus from the center of the midfield just like how Zidane brilliantly did for Juventus in the late nineties.

Tired of waiting for Sir Alex Ferguson to give him a consistent run in a midfield that a player of Pogba’s ability should be in contention for, he looked for game time elsewhere. He only has to look at Tom Cleverley who is 23 years of age and is subject to rotation at Manchester United to see that he was due a prolonged wait at United.

So Pogba took a risk, a massive gamble to leave a club of the stature of the Red Devils to join Juventus on a four year deal. Ferguson, clearly frustrated at losing the six foot two and half inch midfield dynamo, took his anger out on Pogba’s Italian based agent Mino Raiola, who is renowned for persuading top footballers to move clubs in return for a bigger salary.

The goal that has everyone talking about Pogba for all the right reasons was his exquisite volley from outside the box to settle a top of the table clash between Italian heavyweights Juventus and Napoli. The goal was scored following a failed clearance by Hugo Campagnaro with Pogba judging the flight of the ball in the fashion of a young Zinedine Zidane, and volleying it first time with his weaker foot past the onlooking Morgan De Sanctis.

After the match, Sky Italia and former international striker Gianluca Vialli, cheekily asked the midfielder if he expected a text message of congratulations from his former manager Sir Alex Ferguson. Pogba, quite taken aback from the question answered: “Er, no, I don’t think so”.

A month later he started against Bologna and Pogba was endowed more leeway to contribute going forward as Andrea Pirlo was starting in his acclaimed deep-lying position. Pogba showed technique beyond his years as he touched the ball with his right foot to set up a bending shot with his left, which curled past Fedrico Agliardi and hit the post.For Fabio Quagliarella’s poached goal, it was Pogba who provided the chipped pass for Emanuele Giaccherini to assist the goal.

In the dying moments of the game, Pogba headed home to stifle the resilient Bologna side. Thankfully for Pogba after this goal there was no embarrassing questions by pundits but only praise for a possibly world class player in the making.