West Ham: 3 Reasons Why The Irons Can Bounce Back This Season 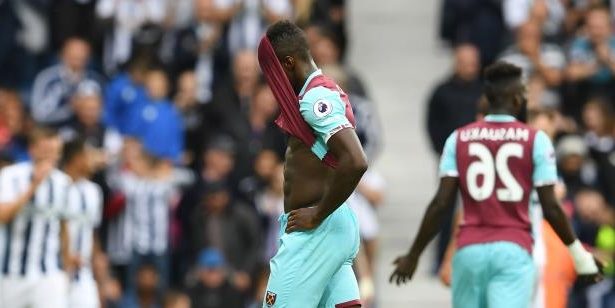 West Ham: 3 Reasons Why The Irons Can Bounce Back This Season

Despite the 1-1 draw, West Ham United’s position in the Premier League table remains the same, with them languishing in the relegation zone.

After finishing above the Merseyside clubs and Chelsea and qualifying for Europa League last season, many expected them to push for a top-four finish this season.

Having said that, much to everyone’s surprise, they have largely underperformed so far this season.

However, with 31 games still left to be played, they have a fair chance of turning things around to reach the top half of the table. Here are the three major reasons why it is very much possible.

The Irons currently boast the longest injury list in the league, with many first-teamers sitting out the start of their campaign.

In their absence, United have been forced to land consistent underperformers in Gokhan Tore and Simone Zaza.

However, their long-term absentees’ returns are imminent with Andy Carroll, Havard Nordtveit, Aaron Cresswell, and Diafra Sakho all pencilled in to available for selection after the international break.

Besides, Arthur Masuaku and record signing Andre Ayew will both return to action after just four league outings.

Their return should, at the very least, pull them out of the drop zone.

Every relegation-threatened team is always characterized by a lack of a marquee player, who boasts the ability to nick a goal or create one on a bad day.

However, United have one in Dimitri Payet, who earned a place in the PFA Team of the Year ahead of Mesut Ozil last season.

His solo goal against the Boro on Saturday evening bears testimony to his potential to carry the team on his shoulders.

The French international midfielder has picked up where he left off last season, notching up three assists and two goals besides a Man of the Match award – despite the team losing 4-2 to West Bromwich Albion — in four starts.

Should he remain injury-free, United will surely crawl their way up the table.

Slaven Bilic arrived to much fanfare and justified the hype surrounding his arrival by handing the Boleyn Ground faithful their best season in a long time.

However, he has come under scrutiny for keeping Juventus loanee Zaza in the line-up at the expense of 20-year-old forward Ashley Fletcher and playing an attacking player in Michail Antonio at right back.

With the new signings lacking the cohesion, the midfield currently looks clumsy, as none has been performing a clear-cut role in the team.

However, he has proved a manager who is excellent at man management and tactics.

Once his injured personnel return to action, he should be able to implement his trademark possession-based football at Olympic Stadium to make the Irons the unpredictable force they were last season.