Home / Features / Sheffield United: Why Wilder Should Stick To His Style and Principles

Sheffield United: Why Wilder Should Stick To His Style and Principles 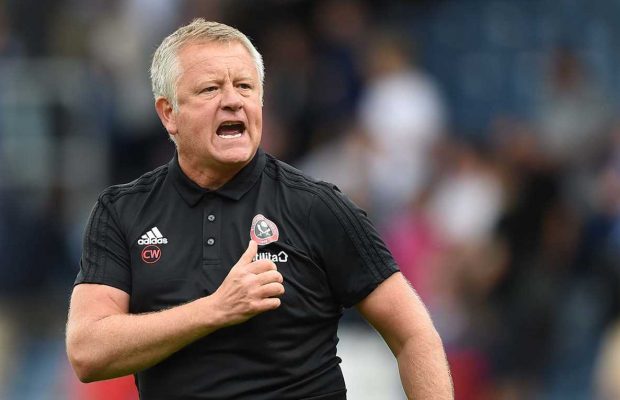 In the current topsy-turvy world of the Premier League, some of the lesser fancied teams are taking their chances to break the elite mould and bring the focus back to a competition rather than a procession.

Sheffield United are one of a cluster of clubs just under the top six, but also in the knowledge that a loss can propel them back down towards the relegation zone with consummate ease.

Chris Wilder’s team have made an impressive start to life back in the top division after the first ten games and are unbeaten in their last three matches. It has been remarked quite often in those early games how well organised Wilder has his team and this is showing in the results they are gathering.

Not surprisingly, the Blades are tipped to go straight back down but the solid start has given them a good foundation to prove the bookies and pundits wrong. The recent win over an Arsenal side who themselves are looking to finish in the Champions League places, put the Yorkshire outfit a mere three points behind their more illustrious opponents and once again proved how open this league is below the current top four sides.

Wilder’s teams are well constructed, everyone knows their job throughout the team and is evident across their games the teamwork ethos that has brought them their points so far. His honesty in after game press conferences will tell you if they have maintained that style for ninety minutes.

As with most promoted sides goal scoring does become a problem and the Blades are no exception averaging under a goal a game, top scoring Lys Mousset has just three to his name but has played less than 200 minutes of football so far.

Next month brings games against the sides around them and a chance to further build on what they’ve achieved so far and there’s no reason to see why the Blades won’t be in an even more comfortable position come the end of November. Despite Manchester United’s small turnaround in form, Spurs won’t relish taking on Wilder’s compact team and Burnley are heading to Bramall Lane on the back of successive defeats, nine points very much there for the taking.

Sometimes how well a newly promoted will do can be judged on their summer transfer business. Mousset has as many goals already in his United career as he managed in 58 appearances for Bournemouth, Wilder believing he can get more out of him as he’s proven with players in the past and without the mega money the top clubs demand you have to make every purchase count.

On the ten game basis, there is enough to see that the Blades should be here for a second successive campaign come May, but there is a lot of football to be played between now and then, sticking to his style and principles should be enough to keep rubbing shoulders with the elite.