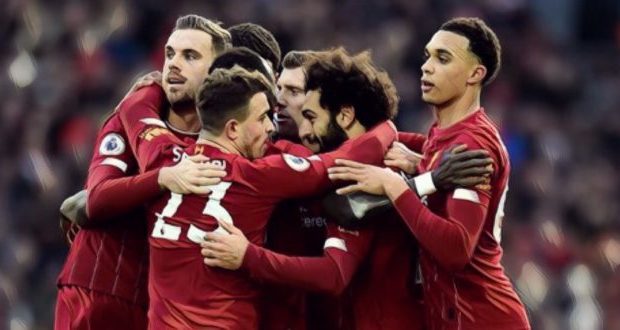 On 8th October 2015, Jurgen Klopp arrived at Anfield. The German was no stranger to the upper echelons of European football having won two Bundesliga titles at Borussia Dortmund while also making it to the Champions League final. Ultimately his time at Signal Iduna Park came to an end and he moved on. Liverpool came calling and Klopp obliged to the duty call. His current stint at Anfield started slowly with the manager getting a dull 0-0 result against Tottenham Hotspur on 17th October 2015, a 1-1 draw against Rubin Kazan in the Europa League and a similar score line against Southampton.

The tough early experience only made Klopp even wiser. Despite inheriting a team wallowing in the miasma of mid-table mediocrity, the German chose to strengthen and rightly so. He needed to fix a leaking defense, get a top class goal keeper, shore up a lightweight midfield and add mobility and goals to an attack reeling from the loss of Luis Suarez. He did just that, the acquisitions of Robertson, Van Dijk, Joel Matip and Alisson Becker proved enough to seal the defensive frailties.

In midfield, Klopp needed a high energy crop to compliment his metallic football; he got Georginio Wijnaldum, Oxlade Chamberlain, Naby Keita, Fabinho and Xherdan Shaqiri. The transfers of Mane and Salah to Anifield added a whole new dimension to the attack as Christian Benteke made way. With these players, Jurgen Klopp’s gegenpress style was brought to fruition.

It has taken time for Liverpool to be back in contention of the big prizes but steadily the team has become a force to be reckoned with. The team has made it to two Champions League finals in successive seasons winning last term’s against fellow premier league side Tottenham Hotspurs. The team also overcame Chelsea in the UEFA Super Cup final and there is every likelihood that the FIFA World Club championship trophy will be going to the red half of Merseyside.

Domestically, Liverpool have only lost one game since the last of last season, a 2-1 defeat at the Etihad in January 2019. With only one loss in the last 53 premier league matches, Liverpool have accrued more average points per game (2.64) than Arsenal’s invincibles (2.36) did in the 2003-2004 season. Liverpool total of 37 league goals scored this season after 15 games is already more than half the invincibles managed across an entire campaign (73). Despite the lack of a league title last season mostly due to competing a flawless Manchester City, there has been observable improvement in the team and with an 11-point advantage over Manchester City at nearly the half way mark of the season, it is difficult to see how Liverpool will lose the title this season.

So what exactly has Klopp done at Liverpool that most of his peers in the league have struggled to replicate? Klopp started off by mostly signing the right type of players for the club. Liverpool signed Alisson Becker from Roma at a colossal sum of £65 million and the Brazilian has lived up to his billing so far. This area has been a massive upgrade on the error-prone stints of Karius and Mignolet in goal. With the help of his defence, Alisson got 21 clean sheets across 38 games last term which was the best in the English division.

The defence has also been a remarkable area of improvement, big money acquisition of Virgil Van Dijk revitalized a defence notorious for leaking in cheap goals from both set pieces and open play. Last season; Van Dijk, Matip, Robertson and Trent only conceded 22 goals all season in the league. In attack, Mane and Salah landed the golden boot jointly with Arsenal’s Aubameyang with 22 goals apiece with Firmino a vital creative spark of the trio. On the bench, Klopp relied on firepower from the likes of Oxlade-Chamberlain, Origi, Shaqiri, Gomez, Lovren, Keita, Lallana and Milner.

Klopp not only signed the right players but also sought players that suited his philosophy. High octane football craves high energy workers and in Gini Wijnaldum, Henderson and Fabinho has just that in midfield. The trio are capable of covering every blade of grass to support their front three and recycle possession. In defence, Klopp understood that in a league where physicality and long balls are the norm, there was a need for height; he got just that with Van Dijk and Matip towering at 6’4” and Lovren measuring 6’2”.

Upfront, speed is an essential component of Jurgen Klopp’s play and so is high pressing. Liverpool’s front three of Mane, Salah and Firmino have been very important in pressing opponents into mistakes high up the field. In a league where there is an observable high rate of turn overs, the Liverpool trio have benefited greatly from balls won from transitions and counter attacks as Pep learned when he has faced them. With a team capable of keeping possession, playing on the break and sitting deep if need be Klopp has been able to not only outwit Pep Guardiola but also many rivals he has faced domestically and abroad. His team’s combination of midfield industry and grit, resolute defending at the heart of defence, incursive fullbacks and a highly mobile and ruthless front three have seen many teams struggle to compete against Liverpool. Liverpool last lost a home game in October 2017, a feat not many teams can boast of.

Liverpool has succeeded where Manchester City have failed; grinding out results and winning ugly. Manchester City for all their brilliance do not have a plan B. When teams frustrate them and make low compact blocks, City have been unable to score goals and have only left themselves vulnerable to counter attacks as seen in the premier league game against Norwich and Wolves. Liverpool on the other hand have varied their approach to reap maximum points, this has seen the team change formations, use long balls and play with conservative possession.

Against Tottenham Hotspur in the Champions League final, the team did not play at their fluent best with greater emphasis placed on midfield compactness and a low risk attacking approach. Liverpool have won a couple of games this season where they haven’t particularly displayed their A game, however, it is their ability to get the job done albeit in ugly fashion at times that has led them to an 8-point gap against second placed Leicester City.

As Sir Alex Ferguson once observed, it is the ability of a team to sometimes pick up wins in the ugliest of fashions that ultimately leads to title success. His Manchester United team won numerous premier league title against an Arsenal team that had drawn rave reviews for their beautiful brand of football. The current Liverpool team may not be as aesthetic as Manchester City, but is more efficient and that may just be what is needed to bring the 19th league title to Anfield.

Related Items
← Previous Story Tottenham: The swagger is back, but defensive frailties remain
Next Story → Is Chelsea letting a top 4 spot slip from their grasp?