Liverpool vs Man City: The Match That May Drive Klopp’s Men To Premier League Glory 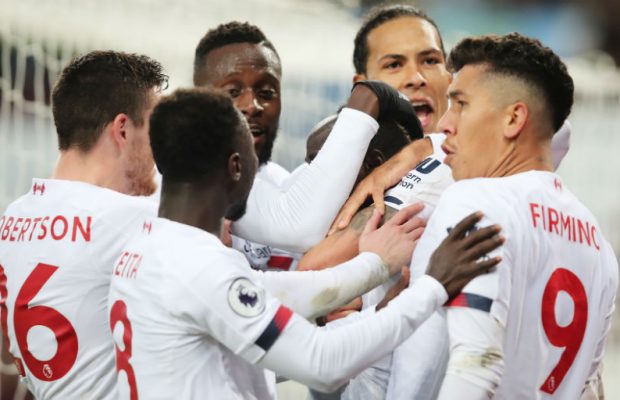 For the first time this season there is some breathing space for the top four teams in the Premier League. Whilst Chelsea and Leicester go stride for stride for the latter two spots and Manchester City just about keep themselves within touching distance, the question on everyone’s lips is how to stop Liverpool from what is beginning to look like a procession to a first Premier League title.

After coming so close last season Jurgen Klopp’s side have made a storming start to the season and are yet to taste defeat in their eleven outings so far. Granted in the last couple of weeks, they’ve had to work hard to maintain that unbeaten record but as it stands it’s hard to see who’s going to hand them a first league defeat of the season.

Only Manchester United have forced the Reds into dropped points so far this season, although both Tottenham and Aston Villa have both made Liverpool work hard for the win. There is a feeling that Klopp has his team playing in a way that they don’t accept they won’t win a game even if they go a goal behind, they believe in themselves to score enough inside ninety minutes.

Losing the title by a single point to Manchester City last season is probably the best motivation Klopp can hang up in the dressing room, a determination that point is gained this season and put to good use.

Even spells of an unavailable Mo Salah through injury hasn’t hampered the team at all with Sadio Mane matching Salah goal for goal. Having Alex Oxlade-Chamberlain fit again is almost like a new signing and with goals chipped in from the Ox along with Firmino, James Milner and Divock Origi Klopp knows his side will manage to conjure a goal from somewhere.

Good title winning sides are built from the back, clean sheets win games. The loss of Alisson early in the season made no difference as Adrian proved a more than able deputy for their star keeper and having slotted back into the team after injury has only reinforced their back line.

The game of the season arrives this coming weekend as City travel to Anfield knowing they really need to hand their title rivals a first defeat of the season to ensure the gap doesn’t start to become insurmountable. It might only be twelve games into the season after this weekend, but nine points would be a big ask to make up against a Liverpool side that would still be unbeaten.

City however can’t be written off; they have the experience in winning titles and hunting down Liverpool last season in one of the most exciting races for the league crown in a long time. It remains to be seen whether Pep Guardiola can rally his troops and keep the pressure on Klopp’s team and give us another year of frenetic, frantic football and everyone on the edge of their seats.

After the visit of City, Klopp takes his team to London taking on Crystal Palace, themselves enjoying a good start to the season and if they can take the game to Liverpool as is hoped City will do then this title race might be not as clear cut as you think.

Related Items
← Previous Story Sheffield United: Why Wilder Should Stick To His Style and Principles
Next Story → Arsenal: More Emery, or no Emery?