Home / Teams / UK / Arsenal / After Emery and Pochettino, who is next to be sacked?

After Emery and Pochettino, who is next to be sacked? 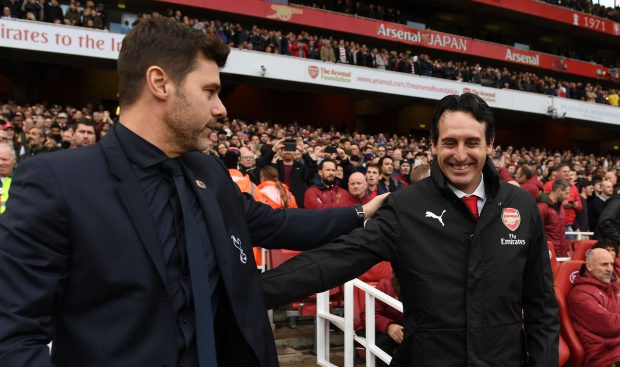 With Mauricio Pochettino having ‘won’ the sack race last week, and Unai Emery swiftly following his lead after a dismal run of seven winless matches, attention across the Premier League turns to which manager will be next to lose their job. There are no shortage of candidates with no less than three current bosses under some considerable pressure before the month is out.

Marco Silva at Everton, Manuel Pellegrini at West Ham and Watford’s Quique Sanchez Flores are the men who nervously creep past the boardroom door or worry when the phone rings. Watford have however earlier the week stated they are not looking to replace Flores despite taking twelve games to register a first win and fairing far worse than his first spell in charge of the Hornets.

Silva appears to be the man who could be gone before the weekend, Everton having come out and said they are considering replacing the Spaniard, certainly no vote of confidence but something that must hamper Silva’s preparations for the upcoming games not knowing whether it is him who will populate the dug-out and pick the team.

There has been no progress shown at Goodison Park this season and with over £100 million invested in the team, the owner’s patience is wearing very thin. Despite all the doom and gloom, the Toffee’s are only one win away from being above mid-table, but Saturday’s poor performance at home to Norwich could well signal the end for Silva.

Pellegrini suffered against Mourinho’s new team at the weekend and it’s fair to say the Hammers offered very little resistance at the London Stadium. Not until Michail Antonio came on as a second half substitute did West Ham start to look lively, although the rest of his team-mates looked stuck in the dressing room.

With no win in the Premier League for over two months, Pellegrini finds his side just three points off the relegation places having suffered three defeats in a row and itchy fingers must be twitching inside that West Ham boardroom. They have backed their managers with money throughout their tenure and all have failed to deliver for the East London outfit. Having appointed a former Premier League winner in Pellegrini, Davids Gold and Sullivan would have expected more and the meek surrender to Spurs last time out hasn’t given the Chilean any favours to call on.

There were rumours circulating soon after the weekend games were complete that all three managers, alongside Emery, could be gone in a matter of days or hours of each other, and you can certainly be surprised if they all last more than another ninety minutes in 2019.

Related Items
← Previous Story Mourinho’s appointment is a statement of intent, not a sign of regression
Next Story → Wilfred Ndidi: Leicester City’s Answer to Makelele