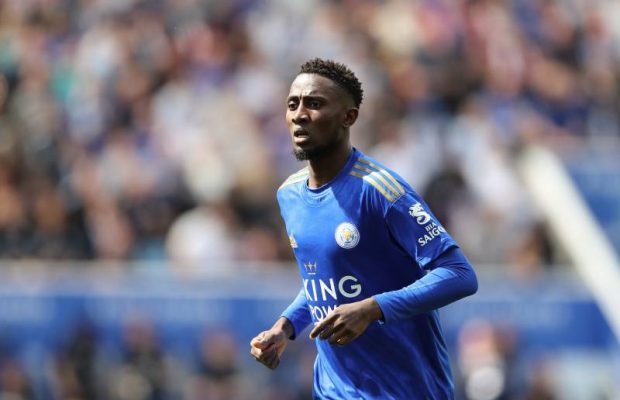 At the peak of his powers at Real Madrid in the galacticos era, Zinedine Zidane once observed that it was the work of players like Claude Makelele that made Real Madrid a formidable team. This comment came at a time when illustrious names in the team were getting rave reviews. Players like Luis Figo, Ronaldo Nazario, David Beckham, Guti, and Raul Gonzalez were world-class attacking players capable of winning a game on their own.

For all their brilliance, Zidane had cast an eye on another aspect of the footballing process; shutting your opponents out, an art Makelele had perfected. The Frenchman was not the biggest in body size and neither was he the most talented of the galacticos but his influence on the team was irreplaceably good. His performances for Real Madrid, Chelsea and the French national team may not have earned him a statue anywhere but they did earn him a name; the Makelele role.

Wildred Ndidi is a defensive midfielder for Leicester and the Nigerian national team. The Nigerian has made the holding midfield role his own both at club and international level because of a string of impressive performances. In a Leicester shirt, the Nigerian leads the entire premier league in the total number of interceptions made so far with 37 with Bournemouth’s Diego Rico the closest player with 33.

The Leicester midfielder also leads in the total number of tackles made in the league (61) ahead of his Portuguese teammate Perreira (58). His contribution has meant that Leicester City have only conceded 8 goals in 13 premier league games so far, the lowest in the division. With this has come 6 clean sheets for Kasper Schmeichel in goal which is more than Henderson (Sheffield) and Ederson (Manchester City) have managed in second position. Defending may be a team responsibility but Ndidi’s contribution is visibly impressive.

The Leicester City midfield is filled with brilliant players. James Madisson is a joy to watch and so is his Belgian counterpart, Youri Tielemans. The two players play a big creative role for the team in addition to making the team tick. Their brilliance has meant that players like Jamie Vardy and Ayoze Perez have found useful balls to put at the back of the net. Jamie Vardy has mastered 12 goals in 13 Premier League games, the most in the division with Leicester’s goal difference of 23 goals the joint highest in the division together with Manchester City.

Caglar Soyuncu’s signature to replace Harry Maguire was a masterstroke. He has settled in that backline faster than many would expect. Defensive resoluteness of Ben Chilwell, Ricardo Perreira and Johny Evans have also been a vital cog in Leicester’s surge up the table. However, with arguably the best destroyer in the league in midfield, Leicester have had less worry in containing opponents in the middle of the park.

Wilfred Ndidi is a tenacious tackler and a player with incredible workrate. His engine makes him such a tough competitor to face coupled with his aggression and physicality. His mobility across midfield is also very impressive. It is his unselfish work in cushioning the Leicester back four that allows the likes of Perreira and Chilwell to make overlapping runs.

With his positional discipline, Madisson and Tielemans have a little more license to push forward and support Vardy knowing the Nigerian’s willingness to get stuck in and take one for the team.

Brendan Rodgers is back on English soil to prove a point. On this evidence, he is proving it more than averagely expected, with the team now on a five-match winning spree. Leicester City may have pulled a miracle in the 2015-2016 Premier League season when they went on to win the league title but their position on the log now is very impressive. Good as Rodgers is as a tactician, no one expected Leicester City to be ahead of Manchester City after 13 games and only trailing Liverpool. Tougher tests lie ahead and consistency will be key if Leicester are to secure premier (UCL) or secondary (Europa League) European football come May.

The team has fared well against top 6 sides and if this early momentum can be maintained, there is every reason to dream about Champions league football. For this to be achieved, Brendan Rodgers is going to need his star players firing on all cylinders and Wilfred Ndidi is on that list as is Vardy, Soyuncu, Chilwell, Madisson and Kasper. The Nigerian may not have Sergio

Busquets’ finesse on the ball but what he lacks in his technique locker, he makes up with unbelievable tenacity, workrate and aggression. That might just be what Leicester need to be back at the upper echelons of English football.

Related Items
← Previous Story After Emery and Pochettino, who is next to be sacked?
Next Story → West Brom on the right track back to the Premier League