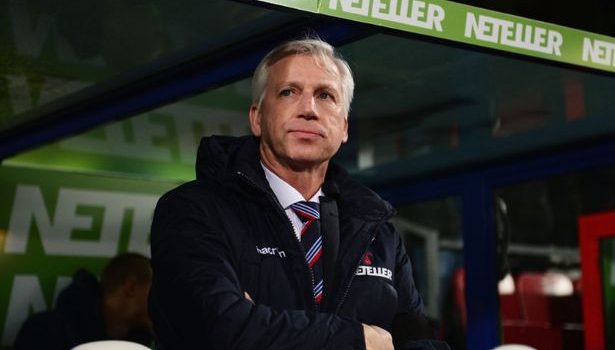 Despite their recent rise up the English football pyramid, things never seem to be straightforward at Crystal Palace.

Since arriving in the top flight in 2013, they have had a number of managers, indifferent results, players have come and gone, and even after the fairytale move of Alan Pardew taking over the managerial reigns, things still have not been all rosy in the Crystal Palace garden.

Last season, despite a stunning start – which saw them climb up to third in the table after a 2-0 win over West Bromwich Albion in October – Crystal Palace were fortunate that their start kept them relatively safe from a relegation scrap.

However, worryingly, they went from talking about European football to looking over the shoulders at the back-end of the campaign at an alarming rate of knots, which culminated in them finishing the Premier League season in 15th place.

They did, however, manage to reach the FA Cup final. Pardew’s men had no such problems finding results in that particular competition, registering wins against Southampton, Stoke City, Tottenham Hotspur, Reading and Watford, before coming up short at Wembley against Manchester United.

Nevertheless, the contrast between how Palace’s Premier League and FA Cup campaigns went was plain for all to see.

Over the last couple of seasons, the Eagles — thanks in part to their sponsorship with the Mansion Group whose owner is also the founder of the famous Mansion Casino brand — have bought in some superb new additions, and once again they have pulled off some shrewd summer transfer business, shipping out the dead wood and bringing in some top players to the club.

Crystal Palace have signed Andros Townsend for a £13 million fee from relegated Newcastle United, stopper Steve Mandanda arrived from Marseille on a free and James Tomkins made the move across London from West Ham United for £10 million. The south Londoners also made a £25 million bid for Liverpool’s Belgian striker Christian Benteke.

Of course, these days you have to spend big on players in the top flight, especially if you have any aspirations of challenging in the higher regions of the table.

Judging by the business they have already done this summer – with one or two more expected to come in before the window slams shut too – the Selhurst Park outfit will undoubtedly be setting their sights higher this season.

With the likes of Tomkins, Yohan Cabaye, Townsend and Wilfried Zaha – among numerous others – Crystal Palace certainly have the nucleus of a solid squad who can compete with the best of the rest in the Premier League this year.

As seems to be the case every season, the upcoming campaign promises to be the most open and exciting season’s to date.

After just six league wins on their home patch last season, getting results at Selhurst Park will no doubt be high on Pardew’s wish list.

If they can turn things around at home and continue impressing on the road, there’s no reason whatsoever why the Eagles can’t fly high in the 2016/17 Premier League season.