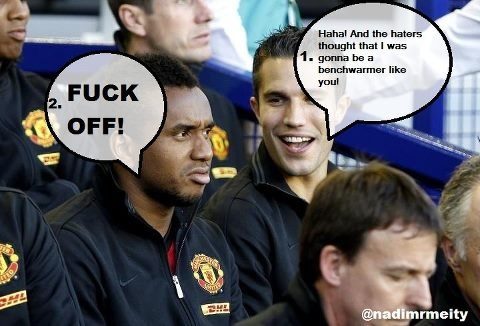 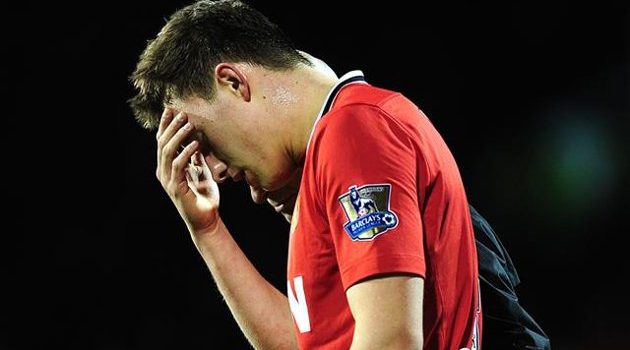 Phil Jones: Why his injury layoff might hurt the Red Devils

When Phil Jones signed for Manchester United at the end of the 2010 - 2011 Premier league season, he was a young defensive midfielder who had proved extremely versatile in a highly impressive season in an otherwise unimpressive Blackburn team. Sir Alex Ferguson had just led Manchester United to history making 19th league title and 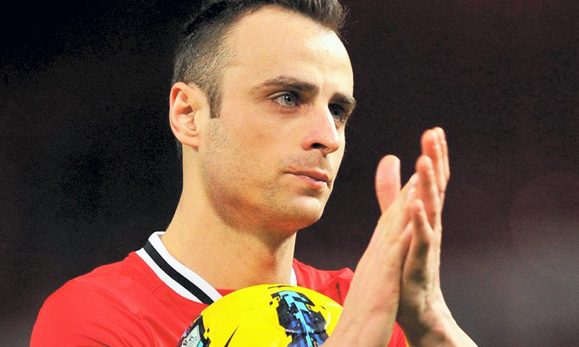 When Manchester United bade farewell to the languid Bulgarian Footballer, Dimitar Ivanov Berbatov, many fans breathed a sigh of relief as they were happy to see his back finally after slating him for the 4 torrid years he had at the club. He never had the support of the MUFC faithful because of his playing 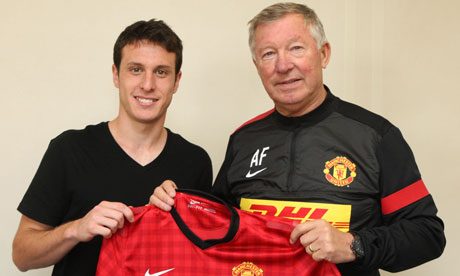 Angelo Henriquez signs for Man United: Is he a good signing for the Red Devils?

For many years now, Sir Alex Ferguson has been buying promising youth projects and developing them into world class football players. The signing of young Chilean striker Angelo Henriquez therefore should be met with genuine excitement. Henriquez has an impressive scoring record for his previous club Universidad de Chile, scoring 11 goals in 17 appearances 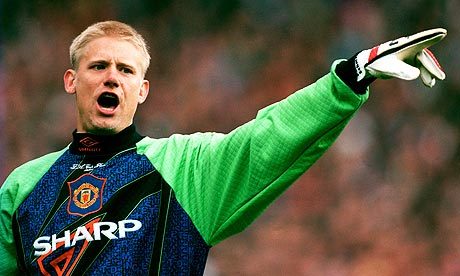 EPL: The Top 10 Goalkeepers of the Premier League era

After compiling a list of my top 10 defenders and strikers, I decided to do something similar on the best glovemen we have seen over the last 20 years. Like previous top 10 lists, the rankings are based on a number of aspects, including quality, trophies and longevity.   10. Jussi Jaaskelainen - Clubs: Bolton,

Michael Owen to Stoke: Unique Case Owen has to settle for The Potters

Michael Owen, remember him? The once great next hope of English football, from scoring an equaliser for Liverpool away at Wimbledon on the opening day of the 1997 season as a fresh-faced 17 year old, to doing away with footballing reputations and the logic of age as his 18 year old vibrancy tore an impressive 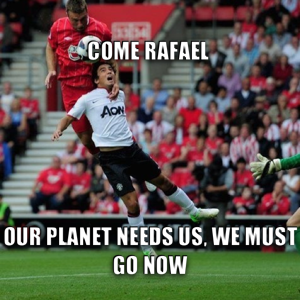 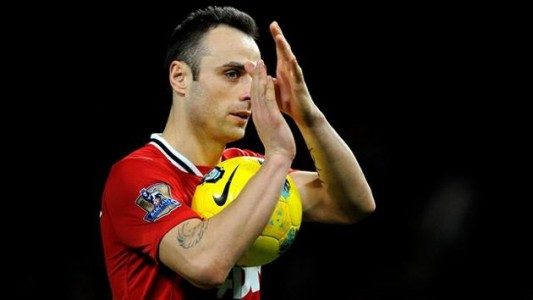 Dimitar Berbatov is not going to be a Manchester United player talked about by all generations in the same way Bobby Charlton and George Best have been. But for the section of United fans who have watched Dimitar Berbatov play for the club for the past four seasons will always remember themselves what a wonderfully 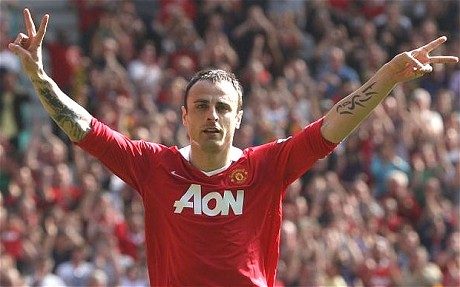 Sunday 19th August 2001, away to Manchester United on our first full season in the Premiership, was my first Fulham game. Then, as last weekend, we lost 3-2. What has changed is that the squad and ethos of the entire club has altered dramatically since that day 11 years ago. Back then we were on 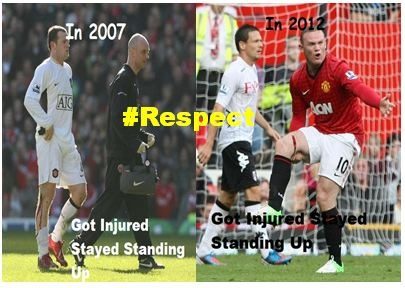 Nani: Should Manchester United Let Go Of Him?

Losing Luis isn’t the end of the world for Manchester United, but rather a new beginning. Luis Nani has spent 5 years hugging the sideline and cutting inside to prove himself at Old Trafford, and boy can he do it well, but he hasn’t lived up to the potential everyone knows he has. Because of 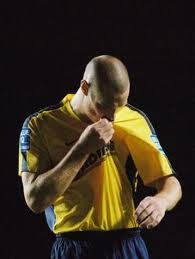 Debate: Is Loyalty In Football ‘Dead’?

You’ve been hearing from almost every Arsenal fan for the past week or so that loyalty ‘is dead’. But the truth is, we’re in a new age of football – Player power. The new Sky-sponsored Premier League has got as much to do with this supposed lack of loyalty in modern football as Jean-Marc Bosman’s

Manchester United play their first home game of the season at Old Trafford on Saturday afternoon against a Fulham side who started the season brightly last week. United started the season poorly after losing at Everton on Monday night after a superb display from Marouane Fellaini. On the other hand, Fulham started their campaign superbly 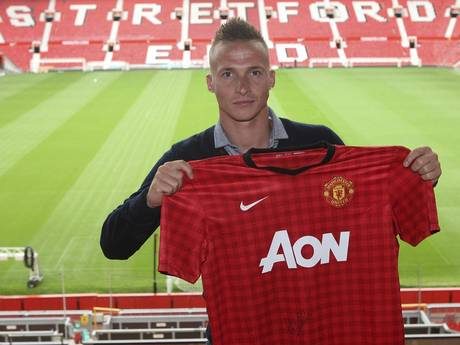 Alexander Buttner completed his transfer to Manchester United on a £4m deal after completing his medical on Monday as the Red Devils started their Premier League campaign with a loss to Everton.Buttner followed Dutch international striker Robin Van Persie in signing this month as Ferguson continues to refresh an ageing squad of footballers. The 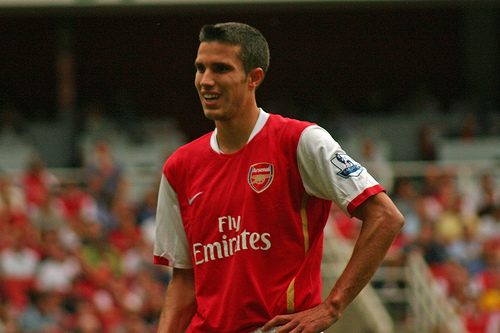 Arsenal: Why the Gunners Were Right to Offload Van Persie

The transfer saga of the summer is finally over – and Arsenal fans are once again coming to terms with the big-money departure of another club legend. It’s exactly a year to the day since Cesc Fàbregas left the Gunners to return to the Barcelona team, Robin van Persie’s protracted move to arch-rivals Manchester

After Manchester City snatched the title from their neighbours in, quite literally, the last minute of the Premier League campaign, Manchester United are ready to do it all again and try to claim their 20th league title.   The Reds travel to Goodison Park to open their account against Everton on Monday night. The last time

After the unquestionable snooze fest that was World Cup 2010, I thoroughly enjoyed Euro 2012. There was much more of an attacking intent from the teams involved, but one constant remained: Spain again emerged victorious, showing the importance of creation, movement and being able to keep possession. The Spanish method, it would appear, has resonated

With just a day to go until the start of the 2012/13 Premier League campaign, PitchSideTalk looks at some of the best business completed so far. Oscar dos Santos Emboaba Junior, Internacional to Chelsea, £25million. Chelsea Football Club have completed the signing of 20-year-old Oscar from Brazilian club Internacional. Priced at £25-million, the youngster is

EPL: The Big Guns in the Transfer Market

Taken from Football Wallpaper 7 #1: Manchester City: The defending Premier League Champions have had an astonishingly quiet summer compared to the past few seasons. With very little entries and the transfer of Robin Van Persie from Arsenal looking a lot less likely, the Citizens main involvement in the transfer market looks to be in the

EPL: Can anyone top the Manchester clubs this season?

The long awaited Premier League fixtures were released yesterday (June 18th). Once announced, the usual suspects were being tipped for the title. Manchester City, Manchester United, Arsenal, Chelsea, Liverpool and even Tottenham fans were dreaming of what might be, but the main question was – Can anyone top the Manchester clubs? Manchester City and Manchester United