WATCH: Goals and highlights from Newcastleâ€™s draw with Norwich 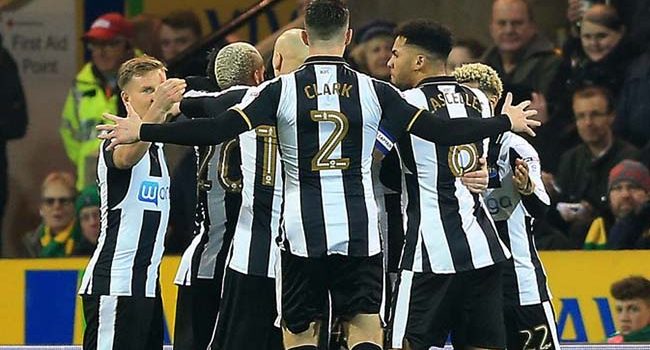 WATCH: Goals and highlights from Newcastleâ€™s draw with Norwich

Video uploaded by YouTube channel Games&Sports showcases all the goals and highlights from Newcastle Unitedâ€™s 2-2 away draw against Norwich at Carrow Road in their English Championship encounter.

With his goal, Ayoze Perez increases his goal tally to five league goals in the English Championship this season while Jamal Lascelles scored his second this season.

Because of their draw, Newcastle remain top of the English Championship table by a point ahead of Brighton and Hove Albion while Norwich remain in the promotion battle in seventh place.