Vincent Janssen: Why the Dutchman needs to leave Tottenham 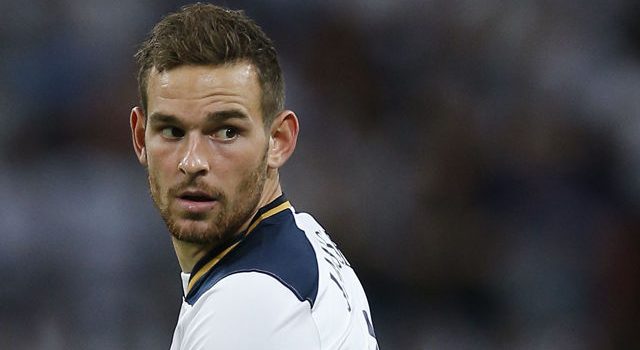 Vincent Janssen: Why the Dutchman needs to leave Tottenham

The 22 year old was expected to be the perfect deputy for Tottenham’s star centre-forward Harry Kane, however things haven’t worked out for Janssen in London so far.

Four of the player’s five goals this season has been from penalties.

For a striker who is known for his finishing, movement, pace, strength and work ethics, it is not something good to hear.

Janssen is also known to be a good passer of the ball.

He is good at finding his teammates at good positions and creating chances, however he has failed to impress in that area too.

The former AZ Alkmaar player has only provided four assists for his team in all tournaments.

In a nutshell, Vincent Janssen has gone from the top scorer in the Eredivisie to a flop player in just one year.

The 2016-17 season has been a very bad one for the youngster and it has killed all the momentum he had built.

Tottenham manager Mauricio Pochettino is known for bringing the best out of his players and picking the right players in the transfer market, but the Argentinean has not got it right with Vincent Janssen and Moussa Sissoko according to many fan pundits.

There’s only seven more games left in the season and a revival looks bleak for Janssen this season.

If the rumours are to be believed, Pochettino sees no future for the Dutchman at Spurs and is looking to sell him in the upcoming transfer window.

Janssen’s departure looks obvious at this moment, but should Spurs let him go?

If you have seen the player’s performance for AZ Alkmaar last season, then you won’t have any doubts in Janssen’s talent and ability.

On the other hand, it is tough to understand what has gone wrong for him this season.

With Janssen’s case, he has shown no signs of improvement since his first appearance for the club.

The Tottenham number nine has shown glimpses of his abilities now and then, but has not been able to perform consistently.

The striker, whose playing style is often compared to that of Netherlands legend Ruud van Nistelrooy, made a solid cameo performance against Swansea last week and assisted a goal during his 30 minutes on the pitch.

Failing to take his chances

Pochettino rewarded his performance with a starting eleven spot in this week’s clash against Watford.

This was the perfect chance for the 22-year old to make a statement and change the manager’s opinion about him, but he failed to take his chance.

Tottenham gave a 4-0 thrashing to Watford, but still Janssen failed to be involved in any of the team’s goals.

The youngster also missed a sitter from just four yards out from the goal. Though his performance was okay, he was not able to impress the manager.

He was substituted at the 61 minute mark for the returning Harry Kane.

Janssen was given some chances when Kane was out and now that the English striker has returned, the former Almere City player won’t be getting much playing time in the remaining seven fixtures.

A season to forget

Janssen is just 22 years old and last season was a huge one for him.

He built huge momentum last season only to see it go down the sink this season. When he joined Spurs he must have thought it was a big moment for him, but things did not go the way he wanted it to go.

This season is a one to forget for Janssen and he will have to start fresh next season. For him to have a fresh start, Tottenham and the English Premier League is not the right place.

Time to move on

If Janssen needs to rebuild the momentum he lost during this season, he has to move away to a different league.

It will help his confidence if he moves back to the Eredivisie. More than talking about if Spurs should sell him or not, we should be thinking from Janssen’s perspective.

If he decides to stay at Spurs and if things do not go well next season too, then his career will become stagnated.

He could turn things around too, but it would be a very big risk to stay in England.

Similar situation to that of Aspas

Spanish striker Iago Aspas is the perfect example Janssen can look forward to at the moment. Aspas was bought by Liverpool as a deputy to Luis Suarez and Daniel Sturridge in 2014.

Despite the team having a very good season that term, things did not go well for the Spaniard. Without having a second though, he decided to go back to the La Liga and that has been a great move for him.

This season he has scored 21 goals from 38 appearances for Celta Vigo.

Janssen’s current situation is very similar to that of Aspas’ and he should do exactly what the 29-year old did.

As of now, Janssen is very much likely to go back to the Eredivisie and if that happens, he will be one of the top scorers in the league next season.