Tottenham: Why Spurs are braced for growing pains of an enlarged stadium bill 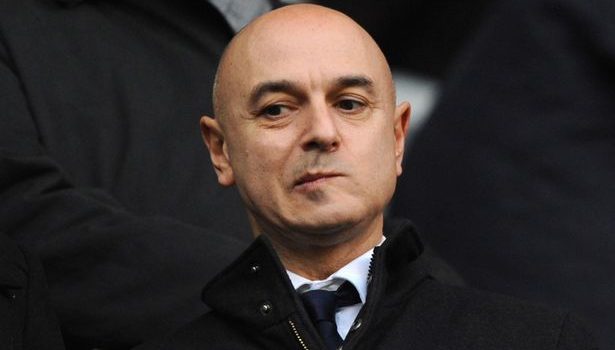 Tottenham: Why Spurs are braced for growing pains of an enlarged stadium bill

With expansion work underway at White Hart Lane and Tottenham Hotspur preparing to spend next season playing their home matches at Wembley before moving back to a 61,000 seater home for the 2018-19 season, chairman Daniel Levy already has big plans.

“We would welcome very much close co-operation with the NFL and a dedicated team” he said, “if the NFL decided it wanted to have a permanent team in London, this stadium could literally be their stadium as opposed to an NFL team feeling they’re renting Tottenham’s stadium.”

Levy is overseeing a project that may cost £750 million overall and funding will be a challenge, so it is no surprise to see the chairman, ever the pragmatist, being resourceful as he looks for ways to ease the financial burden.

For now though attention cannot afford to be diverted away from the first-team who, with building work visible and capacity reduced at White Hart Lane, are in the early stages of a defining season under Mauricio Pochettino.

Despite a late season collapse which nudged them down to third place, Spurs were Leicester’s only genuine title challengers in the second half of last season and convincing wins over Manchester United and Manchester City, as well as fine performances in two draws with Arsenal, suggested they were shaking off the long-existing habit of underachieving.

Pochettino had crafted an energetic, vibrant squad which, with an average age of just under 25 years, was the youngest in the Premier League.

Danny Rose, Dele Alli, Toby Alderweireld and league top-scorer Harry Kane all made the PFA Team of the Year and there was great optimism that, with a large number of the squad still developing under the meticulous and commanding Argentine, they could keep pace at the higher reaches of a league that shifted greatly in the summer.

Pep Guardiola, Jose Mourinho and Antonio Conte were appointed at clubs smarting after respective seasons of failure while Liverpool embarked on their first full season under Jurgen Klopp with a buzz circling around Anfield.

Leicester’s status as defending champions and the unshakeable presence of Arsene Wenger’s Arsenal gave billing to the toughest league in recent memory.

Manchester United smashed the world record transfer fee for Paul Pogba while Manchester City made John Stones the most expensive defender in the world as the transfer totaliser surpassed £1 billion.

For long periods Spurs, whose transfer shrewdness was highlighted by the fact they were the only top-flight club to post a profit in 2015-16, refused to join in with the free-spending, with Levy’s caution possibly kindled by the expense of the stadium renovation.

He only has to glance across north London to witness the consequence of falling behind financially when revenues are drained by a new stadium, with Arsenal failing to win a title since moving out of Highbury in 2006.

Consumed by their £400 million move to the Emirates, Wenger has been reluctant to spend big on transfers and has seen his team fall behind as a result.

With Levy regarded as a fierce negotiator averse to wasting money, especially after receiving little return on the £100 million spent following the mega-money sale of Gareth Bale to Real Madrid in 2013, Spurs may find their transition similarly uncomfortable.

Last season’s title challenge was undermined by a thin squad that had little in reserve when the likes of Kane, who played 4,777 minutes for club and country last term, and Alli needed somebody to share the attacking burden.

The manager managed to summon superb form from the supporting cast in Erik Lamela and Christian Eriksen but with Son Heung-Min, Nacer Chadli and Clinton N’Jie unable to make telling contributions from the bench, the rigours of Pochettino’s high-intensity pressing style eventually saw them fade.

Pochettino has attempted to relieve the demands on Kane by signing Vincent Janssen from AZ Alkmaar for £18 million but it was he, and Victor Wanyama who joined for £12 million from Southampton, who remained Spurs’ only dealings until the latter days of the transfer window.

Janssen will require time to adjust to his new surroundings while Dembele, such a powerful presence at the heart of midfield last season, is serving the suspension he picked up in May for eye-gouging.

Heung-min started the campaign away at the Olympics and with resources already stretched, Spurs started the season undercooked with two draws and an unconvincing win over Crystal Palace.

The resounding win at Stoke, in which Heung-min marked his return with two goals and Kane broke a goal drought that had lasted 9 games, will serve as a huge boost in the search for momentum.

The squad now looks in better shape after late dealings for Moussa Sissoko, stole from under the noses of Everton for £30 million in the dying embers of the window, and Georges N’Koudou were completed, the latter joining from Marseille for £9 million but not before Spurs’ head of recruitment Paul Mitchell announced a departure from the club in connection with Levy’s attempts to restructure a deal.

One can only speculate whether Levy’s frugality, amplified by the need to control costs of the stadium renovation, is having a restrictive influence behind the scenes but it is certain to have an effect.

Balanced by the sales of Ryan Mason, Alex Pritchard, DeAndre Yedlin and Chadli, Spurs would have finished the transfer window in profit had they not pulled off a late move for Sissoko.

Such a policy is commendable in the climate of outrageous transfer fees but as their rivals are free to spend big without shackles, it may threaten to undermine Pochettino’s work.

The year-long impasse over Eriksen’s new contract was solved after the Argentine made a personal intervention, but it will act as a warning to Levy who runs to a tight wage budget of which Hugo Lloris is the highest earner at £80,000 a week.

Eriksen, like many others in the Spurs squad, has started the season slowly but now may benefit from the stability that his new £70,000 per week contract will give him.

Though both Levy and Pochettino will be aware that in a market skewed by the Premier League’s bumper television deal, they may have to compromise if they are to lure the players required to keep them challenging at the top of the table.

The lustre of hosting Monaco at Wembley in their first Champions League match since 2011 looms on the horizon, but it is how they deal with the costs back at home that will have a huge say on whether Tottenham can continue to enjoy those kind of nights.