Tottenham: Is the AVB way the Tottenham way? 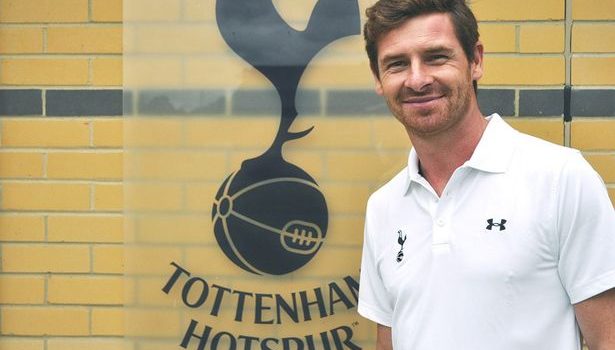 Tottenham: Is the AVB way the Tottenham way?

Tottenham may have been on 4 match winning streak that was understandably ended by an in-form and attacking minded Chelsea, but there have been many unconvincing performances by AVB’s men, which could be a cause for concern. Take for instance William Gallas’ woeful performance against Chelsea. He was responsible for 3 of Chelsea’s goals as a result of unawareness, lack of instinct and just general defensive errors.

To make matters worse for Gallas, he almost missed an open goal when he scored just after the halfway mark. Vertonghen played the ball across the face of the goal leaving Gallas to merely head the ball into an empty goal, which he did, but only just as it skimmed across his head and luckily found the inside side netting of the goal.

Frankly, William Gallas has played like a headless chicken all season and it is bizarre that AVB still prefers Gallas as Steven Caulker’s centre half partner over Michael Dawson, a Tottenham icon and the team captain.

Some of AVB’s tactics are also quite puzzling. One of the main factors in his appointment as Spurs manager during the summer was his preferred style of attacking-minded football and although most of the time he sticks by this philosophy, he does show glimmers of negativity which doesn’t and never has bode well with Spurs.

For example, Villas-Boas has a tendency to sit back and contain once Spurs have the ascendancy in the second half by going a goal or two up. His methods include taking off a playmaker for a defensive midfielder or taking off the sole centre forward for a withdrawn striker but never has he taken a midfielder or striker off in order to have an extra centre back, which is the usual substitution made when a team wants to sit back and look after their lead.

The logic in this tactic cannot be seen as surely making these sorts of substitution weakens the attack more than it strengthens the defence, so all in all, what’s the point of making these substitutions? If he’s going to go defensive, he should bring on another centre back.

He shouldn’t be making substitutions such as Sigurdsson on for Defoe (as used against Southampton on Sunday)when it doesn’t strengthen the defence at all and instead, it weakens the attack by having no true centre forward. Tottenham are not the Spanish national team, they need a centre forward if they are going to make anything of their attacks.

Another problem for Spurs is the lack of cover for the deep lying playmaker and wing roles. It was largely evident in the absence of Gareth Bale and Moussa Dembele during Tottenham’s encounter against Chelsea that this is an issue that needs to be addressed to.

Although AVB did try to solve this issue via the failed signings of Joao Moutinho and Willian, (which would’ve provided cover for these roles) he could get around this problem by having a variety of different formations at his disposals that would help counter balance any flaws in the side should injuries become a problem.

AVB’s only formation we have seen his Tottenham sides play in as of yet is the 4-2-3-1 system, which as discovered in the Chelsea match, doesn’t bode well with Spurs in the absence of Dembele and Bale. We saw an withdrawn striker by nature in Clint Dempsey playing on the left wing and a sub-standard Tom Huddlestone playing in Dembele’s deep lying playmaker role. Tottenham became too dependent on players such as Sigurdsson to pull the strings in the midfield which isn’t suited to Sigurdsson’s withdrawn striker playing style.

All in all, the 4-2-3-1 system doesn’t work without Bale and Dembele in particular. AVB needs to find a new system that does as too many teams like Chelsea will take advantage of Spurs’ unusual attacking inability in this given situation.

So after reading this, you have probably come to the conclusion that I’m not a fan of AVB, nothing could be further from the truth. When I heard AVB’s name in speculation regarding the Spurs job after Redknapp was sacked, I was hoping for Daniel Levy (the Tottenham chairman) to appoint him.

Why? Because this man has bags of potential, much like Rooney while he was at Everton. Yeah he isn’t quite the end product, but Spurs would be stupid to let him slip under their fingers as in years to come, he could become one of the best managers in the world.

AVB has clearly learned a lot from his torrid spell at Chelsea, let’s hope he can keep learning as quick as that for his Spurs’ and his own sake.

Check out his excellent blog, Game of Ninety