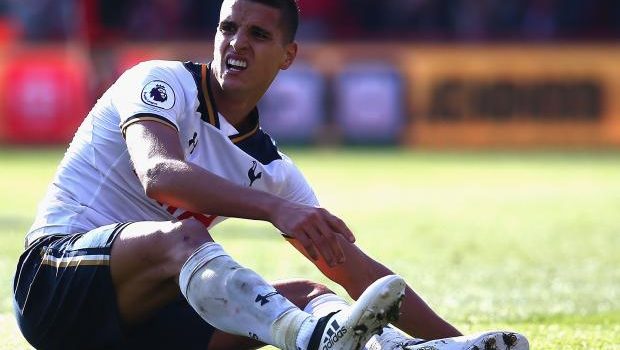 According to the latest reports, injured Tottenham star Erik Lamela has returned to his former club AS Roma.

No, not on a transfer, but to help rehabilitate and treat his niggling hip injury.

As reported by the Irish Times:

“Érik Lamela has returned to his former club Roma for treatment on a hip injury that has derailed his season.

The Tottenham Hotspur winger, whose last appearance came on October 25th in the EFL Cup defeat at Liverpool, suffered the problem in training and initially it was not considered to be too serious. However, it has failed to respond to treatment, while there was also the hiatus in early December when Lamela had to return to his native Argentina for about a week because of a family issue, his brother having been taken into hospital.

There has long been the sense that Lamela’s rehabilitation from the injury has been problematic, and manager Mauricio Pochettino said on Friday that, with the club’s blessing, the 24-year-old had travelled to Rome to link up with the physiotherapist at his old club – with whom he has maintained a good relationship. Tottenham have sent one of their medics with him.

It is unclear when Lamela will be able to play again, with Pochettino talking in vague terms about how he hoped that “in a few weeks he will maybe be available again to be involved in training sessions with the rest of the group”.”