Scout Report: Five Scandinavian Players to Watch at the Euro U-21 Championship

Scout Report: Five Scandinavian Players to Watch at the Euro U-21 Championship

The European under-21 championship is known as a valuable platform for scouts from all over the continent, from the small to the big clubs, to scour for the best, upcoming talent on offer. And this is certainly the case for those hailing from a relatively obscure region such as Scandinavia. To give on-lookers a heads-up, Scandinavian football expert Ben Cullimore has compiled a list of five Scandinavian players to keep a look out for during this summer’s contest. 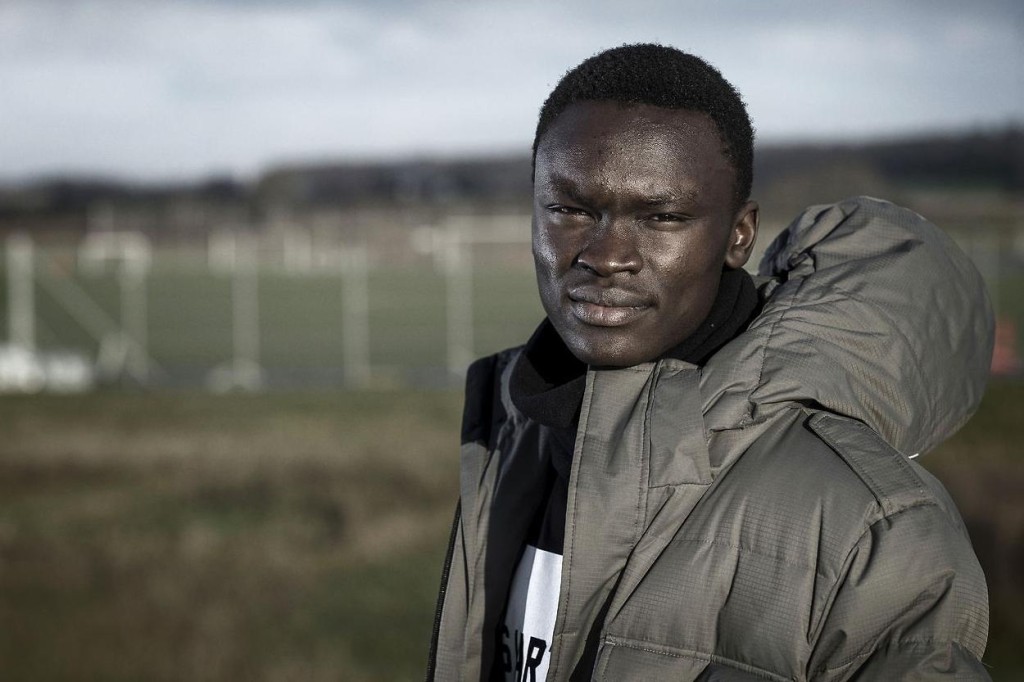 At little over 20 years of age, Ugandan-born Pione Sisto has already taken Denmark by storm thanks to a wonderful season with Midtjylland. The talented youngster was an instrumental component in the side’s impressive front line, bagging eight goals and three assists to help them to their first ever Superliga title.

A string of quality performances over the past two years resulted in him being called up to the U21 side in January for a clash against Dinamo Bucureşti, and he celebrated his debut with a wonderful hat-trick in a 7-1 thrashing of the Romanian club.

The speedy attacking midfielder, who has been compared to both Christian Eriksen and Michael Laudrup, has already shown his worth in the opening two games of this summer’s European U21 Championship, poking in Denmark’s winning goal in a 2-1 victory against the Czech Republic.

If Sisto continues to excite, a spot in Morten Olsen’s senior squad for next year’s European Championship is a real possibility. The future is certainly looking bright for a big talent that several major European clubs are now watching closely. 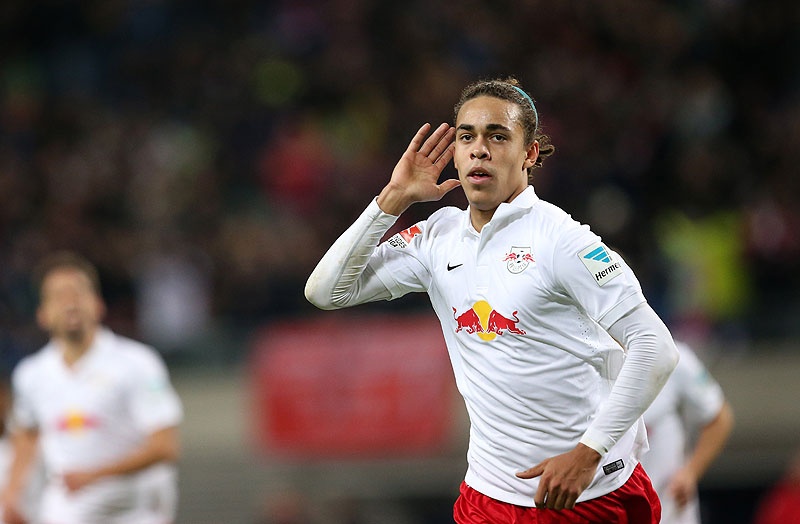 Staying with Denmark, our attention now turns to 21-year-old Yussuf Poulsen, an extremely talented striker that continually grabs the attention of those within his homeland and increasingly the rest of Europe, particularly since his move to Germany two years ago.

The Copenhagen-born youngster was thrust into the Lyngby starting line-up in 2011 at the tender age of 17 and impressed from the get go, only narrowly missing out on guiding his side back to the Danish top-flight after scoring 11 goals in 30 appearances in his first full season.

His impressive league performances – not to mention those that came for the Denmark U16 to U20 youth teams, for which he scored a combined total of 14 goals over a three year period – resulted in a move to Red Bull Leipzig in 2013, and he is now a regular feature in the German side’s starting line-up, for whom he has scored 21 league goals in two seasons.

With five senior caps and one international goal already under his belt, as well as over 100 domestic games over the course of four years, Poulsen boasts priceless experience that belies his years, and a good tournament could prove to be all it takes for Europe’s biggest top-tier clubs to finally take notice of him. 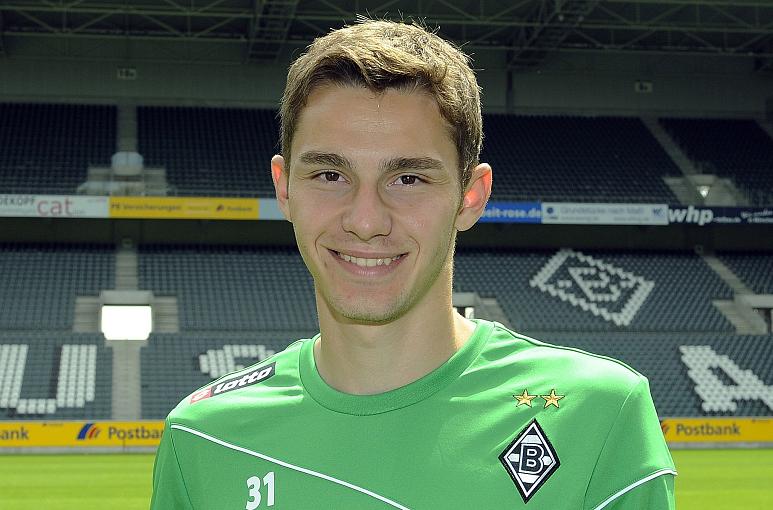 Branimir Hrgota certainly knows how to make an introduction. Thrust into the Borussia Mönchengladbach starting line-up for their clash against Mainz 05 after impressing during the previous week, the young Swede, who was just 20 at the time, immediately entered the history books with a brilliant hat-trick on his starting debut in 2013.

In true style, he perfectly showcased his confidence with his opening goal, a cheeky Panenka from the penalty spot that left veteran goalkeeper Heinz Müller red-faced in between the sticks. In the aftermath of that performance, he was a star, with his name suddenly on the lips of Germany’s major newspapers and top pundits.

However, things haven’t been quite as plain sailing since then, and a decreasing amount of game time has left many wondering how much longer he will remain at Stadion im Borussia-Park. Despite this, the 22-year-old has impressed whenever Lucian Favre has given him the nod, and whilst he only managed to score twice in the league last season, he found the back of the net eight times in 10 Europa League appearances.

At a crucial stage in his development, a move away may prove to be in the striker’s interests, and he will also be aiming to have a positive effect on Sweden’s U21 side this summer as they aim to make it to the semi-finals of the competition for the first time since they hosted it in 2009. 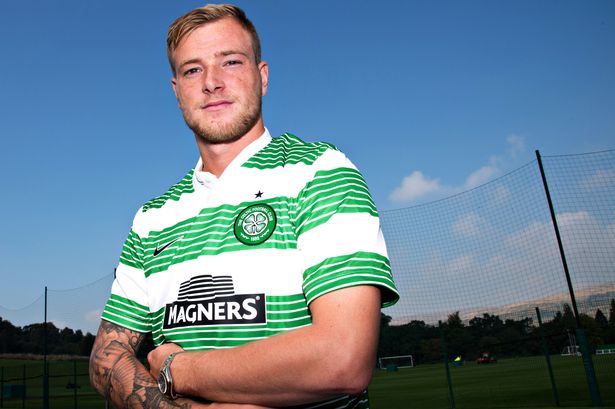 Youth championships have always acted as the perfect shop window for young, talented footballers looking to further their careers, and that is certainly the case for John Guidetti this summer.

After being released by Manchester City at the end of last season, bringing an end to a frustrating seven-year spell at the club in which he failed to make a single league appearance for the senior side, the 23-year-old striker now finds himself without a club for the first time in his career.

A young man of considerable talent, Guidetti has been plagued by injuries that have stifled his development, with a particularly nasty virus leading to an infected nerve that saw him sidelined for almost two years. The debilitating illness sadly came at the end of his best season to date, as he scored 20 goals in 23 appearances for Feyenoord during the 2011/2012 campaign.

A lengthy rehabilitation period and an unsuccessful loan spell at Stoke City followed before he finally refound his form at Celtic last season, where he scored 15 goals for the Bhoys.

With his injury firmly behind him and his eyes on the future, Guidetti will no doubt be desperate to impress in the Czech Republic this summer as he looks to continue his top-flight journey.

He’s certainly got off to a good start, scoring the first of Sweden’s goals in their opening game win against Italy. 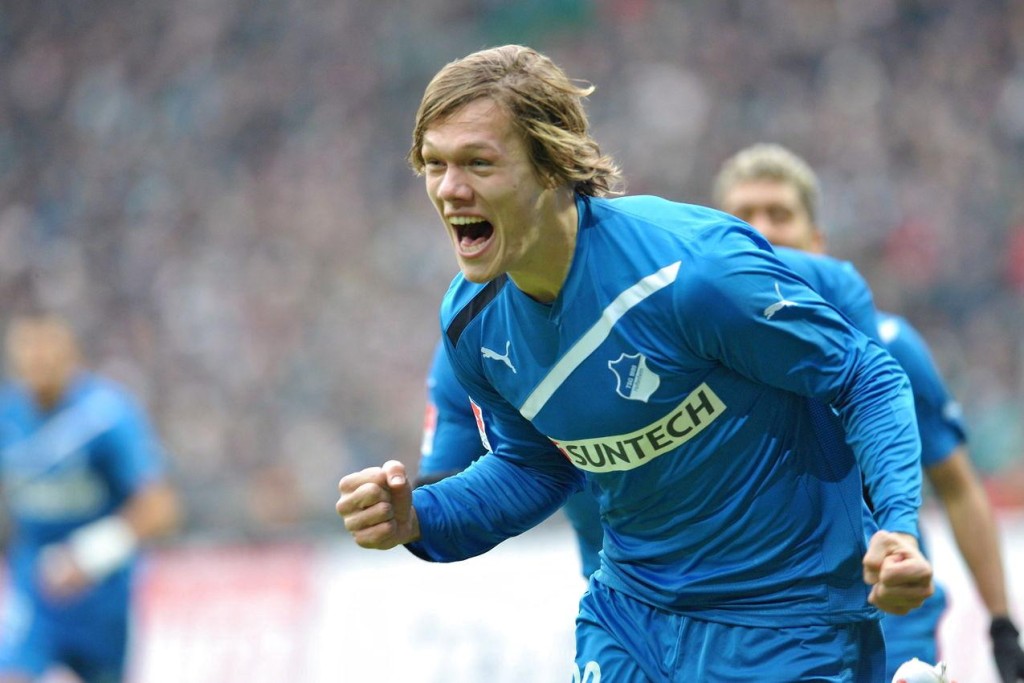 Despite only being 22 years of age, Danish centre-back Jannik Vestergaard has been a regular feature in the Bundesliga for four years, first with Hoffenheim and now Werder Bremen.

Known for his impressive aerial ability – the youngster won 66.2 per cent of aerial duals in 21 appearances last season – he has become a rock in the middle of the Bremen back four, and he has taken that defensive solidity to the senior national team, for whom he has played three times.

This summer sees him captain the U21s, and his great experience, not to mention raw talent, will surely play a huge role in Denmark’s fight to make their way out of a difficult Group A.

An old-fashioned, imposing figure that towers over his opponents and is ruthless in the penalty area, Vestergaard has already caught the eye of several big European clubs, and it seems likely that he may move on from Bremen in the near future if his impressive performances continue.

A stellar defensive display and a second-half goal in the opening game against the Czech Republic has surely done him plenty of favours, and if Denmark make it to the knockout round then it will surely be partly down to this talented youngster.