Today’s Tales: Wenger living in his own little world 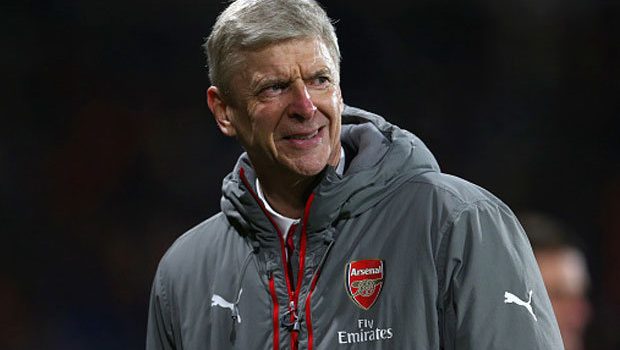 Today’s Tales: Wenger living in his own little world

“New Year, new me” said a million and one people a couple of days back. Not Arsene Wenger, oh no.

Arsenal’s manager is still living in a totally different time and believes that the way to get the best out of Aaron Ramsey is to stick him on the wing.

Well, I must say I was thinking it was working as Callum Wilson smashed home Bournemouth’s second after 20 minutes. Wenger had suggested that the fixture listed handed to Arsenal was a big handicap.

No Arsene, that’ll be you.

“It’s alright” the Gooners said, “Kostafi are back together!”

Well it turns out that Koscielny was the problem, because as soon as they took him off Arsenal stopped conceding and managed to score enough to make 3-0 a startling 3-3. Football eh?

That said, the sign of a team that wants to be champions would have been grabbing the ball out of the net, legging it back to the centre circle and giving off the body language of “come on lads, we can win this.”

Not Arsenal, they were too busy watching Giroud’s new scorpion celebration.

Yohan Cabaye may be struggling to play the obvious pass at times this season, but he is certainly capable of stating the obvious. Cabaye felt that Palace’s match against Swansea was a “must win.”

Big Sam was slightly more cautious, saying that “everyone expects us to batter them, but we won’t.”

Never say Big Sam doesn’t know anything about football, he was bang on. Palace didn’t batter Swansea, they lost to them. Paul Clement, he who spent a lot of money at Derby and got fired before he could see any return on his investment, fancies another crack at the Championship.

Yes, he has accepted a two and a half year deal at Swansea, which means he is going to get a lovely little pay-off when they sit mid-table below Wolves next season.

A win against Palace will get the heart beating faster in Wales, but they will not be staying up. I predict an inclement front.

Yeah, I was hoping he’d get another job soon, just for that. Still, Clem came down from the stands at half time to work his magic and saw the Swans nick a late winner.

All these people that think Christian Benteke is worth multi-millions of someone else’s money.

Benteke has, allegedly, turned a blind eye to the sack full of cash offered to him by a team from Beijing preferring to see how many goal kicks are going to be punted in his direction now Big Sam is in place.

Stoke eased past a Watford side who are still very much on their winter break except we don’t have one over here.

Hull, the epitome of a well run club, decided to relieve Mike Phelan of the millstone around his neck. Hull had been playing alright recently, performances far better than results but no.

Hull reckon there is someone else more foolish out there wanting the job and someone even more capable of blagging some players to come and join the sinking ship.

Sounds like a job for Harry Redknapp you say? It’s an awful long way from the South Coast. Nigel Pearson. It’s his kind of club. As in, not very good.

Who says substitute goalkeepers pay attention to everything that’s going on during a game, just in case they are called into action? Not me, that’s for sure and it is certainly not the style of Big Willy C at City.

It would be natural to assume he would be watching Bravo closely expecting to be brought on for his hapless superior any moment, but no.

Willy doesn’t even know who he is playing half the time, tweeting his delight at the team’s 2-1 win over, um, Barnsley on Monday.

Well done Willy, yet another goalkeeping error that Joe Hart would not have made.

If James Rodriguez is to pack his knapsack and run away from his Real Madrid home, Zidane is going to need another attacking midfielder type to spend all his time on the subs bench.

Step forward Dele Alli, who is very much on the list of “players who may like to pause their careers in return for a lot of money.”

Zaza now a nuisance for Valencia

Simone Zaza appears to have caused more problems in Valencia than he has leading the line in East London.

Apparently the reason Prandelli has quit Peter Lim’s (Gary’s mate) club is because they failed to deliver him the slightly overweight West Ham loanee.

I am assuming that Prandelli either wanted an excuse to quit or has not seen Zaza play this season.

Not signing him might have been the most sensible thing Valencia have done since phoning Gary Neville and saying “well, at the very least you will get a nice tan.”