Shkodran Mustafi: Why Man United Should Seek the Services of the Valencia Star 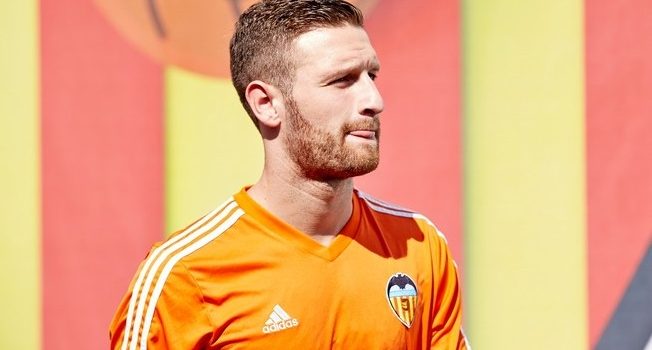 Shkodran Mustafi: Why Man United Should Seek the Services of the Valencia Star

Manchester United look likely to be in the market for a central defender this summer and one man widely linked with a move to Old Trafford is Valencia’s Shkodran Mustafi. The German has made great strides since his last spell in England and could be the ideal option to bolster United’s defence.

The Red Devils have been quite strong at the back this season and boast the Premier League’s second best defensive record but that may have more to do with Louis Van Gaal’s conservative mentality than the brilliance of their defenders. In games where the Dutchman veered from his defensive approach, such as the 3-3 draw at Newcastle in January, defensive frailties have been highlighted.

Chris Smalling has unquestionably had a good season and will certainly be one of United’s first-choice centre backs next season but the likes of Phil Jones and Danny Blind haven’t really done enough to suggest they will start alongside him so it seems likely another central defender will arrive in Manchester over the coming months.

Mustafi might just be that man and he has been Valencia’s stand-out performer in what has been an otherwise disappointing season for the Spanish club. His physical approach and ability to defend with his head or his feet will surely stand him in good stead in the Premier League and could complement the qualities that Smalling possesses quite nicely.

It may surprise a few people to note that Mustafi has already spent three years in England having signed for Everton’s academy in 2009 as a teenager. Despite only making one appearance for the Toffees’ first team he was reportedly very settled in the north-west and should he join Man United this summer, is unlikely to have a difficult time re-adapting to life in the country, which can only make him a more attractive signing.

Since leaving Goodison at the age of 19 his career has gone from strength to strength and Everton’s decision to let him leave on a free transfer to Sampdoria in 2012 ranks almost as badly as Man United releasing Gerard Pique before he’d really been given a genuine chance to showcase his talents in the first team.

Mustafi has since got a full season in Serie A with Sampdoria and a further two campaigns in La Liga with Valencia under his belt and he also featured in the UEFA Champions League for Los Che this season.

He’s also picked up 10 caps for Germany and was part of their 2014 World Cup winning squad so his early 20s have been very fruitful years and at 24 he has his best years ahead of him you would assume.

With Valencia not qualifying for Europe and not looking in great shape this campaign, a summer move away looks increasingly likely and if United are convinced he is the man to bolster their back four, they’d be wise to act quickly as Mustafi is likely to attract interest from other sides in the Premier League and at the top end of the Bundesliga.

The fee is likely to be considerably more than the €8 million that Valencia paid Sampdoria for Mustafi in 2014, but the Red Devils are not short on cash and could most likely out-bid rival clubs should a bidding war take shape for the highly-coveted defender.