Phil Jones: Why the Englishman’s injury is a serious blow for Mourinho 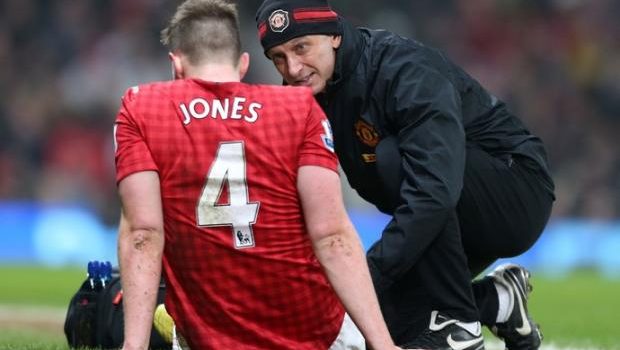 Phil Jones: Why the Englishman’s injury is a serious blow for Mourinho

If you had said a year ago that an injury to Phil Jones could have the potential to derail Manchester United’s season then quite frankly you would have been scoffed at, and with good reason.

The English centre-half was in truth a regular on the treatment table anyway and such was the backwards direction in which his career had gone, you would have been able to pick any Manchester United defender and make a case that he was a better option.

In March 2017 this is not the case with Jones having established himself as a first-choice option under Mourinho’s tutelage with the injuries that had plagued the last three seasons of his career seemingly a thing of the past, until of course Chris Smalling stood on his toe in England training.

Manchester United are now looking at an entire month without Jones, who suffered a fracture, and it is a month where Mourinho’s charges could have an incredibly packed fixture list.

Europa League progression is absolutely imperative, yet following Sunday’s 3-1 victory over Middlesbrough it would be foolish to suggest that a top-four finish is out of the club’s reach.

With Jones absent it prevents Mourinho from being able to select his first-choice defensive pairing of Marcos Rojo and the former Blackburn Rovers academy graduate.

Eric Bailly is obviously the long-term prime defender but following his participation in the African Cup of Nations, his fitness has been carefully managed.

Without Jones there is one less option and with rotation will be even more difficult for the Portuguese coach as a result.

Smalling will be afforded more game-time despite struggling for form throughout the entire season and as such there may well be concerns about the team’s defensive solidity.

Fortunately the news isn’t all bad for Mourinho with Paul Pogba returning from injury after the international break whilst both Ander Herrera and Zlatan Ibrahimovic’s suspensions will soon be fully served.

The switch to a 3-4-3 system with two wing-backs has perturbed supporters of late although in part it has been done to protect the defence given the absences in midfield.

With Jones unavailable it is unlikely this system will be used given the sheer number of centre-halves it needs on the pitch.

United have three fit senior centre-halves now and that formation requires all three to be on the pitch at any given time.

Of course many will point towards Timothy Fosu-Mensah as a viable option, but it is clear the 2016/17 campaign has been used as a teaching tool by Mourinho in the case of the Dutch teenager and he won’t feature unless there is a serious emergency.

United have worked hard to be a more balanced unit this season with chance creation at an absolute premium when compared with the Louis van Gaal era, yet there have been the slightest signs of the former Chelsea boss veering back to his old cautious ways as the season has moved into its most crucial period.

Results are everything at the moment and Mourinho will likely be forgiven for this, especially when you consider the expected vast reshaping of the forward line in the summer transfer window, but with Jones out it may well force him to be even more cautious with his team selection.

Important to the defensive line

Finally there is the simple fact that without the 25-year-old, there is a decrease in quality within United’s defensive line.

Jones’ talent has never been in doubt with it simply being a case of his reliability forcing both David Moyes and Van Gaal to give up on him.

He has shown this season just how talented he is when fit and has benefitted from a proper fitness regime in addition to a significant run of matches.

He has at times held the team’s defence together and without him present Manchester United head into the decisive part of the campaign without his incredible defensive nous.