Patrice Evra back to Old Trafford: Do it, Mourinho. Do it. 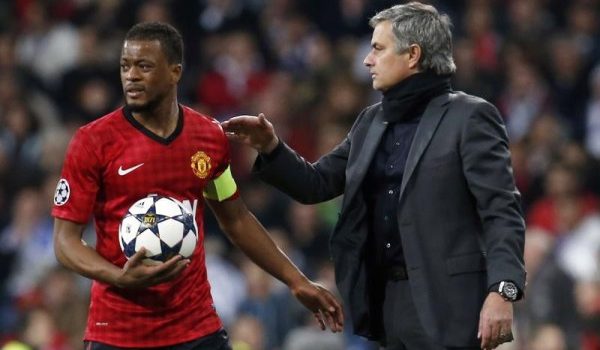 Patrice Evra back to Old Trafford: Do it, Mourinho. Do it.

So Hull have gone more left field than Robert Snodgrass hugging the touchline at the KCOM Stadium. Yes, the name they pulled out of the managerial hat was Marco Silva. A wise choice, I am sure.

If in doubt, appoint a man that was once sacked for not wearing the right suit. This will end in tears and, no doubt, Michael Dawson is already welling up.

Arsenal’s week is not getting better. Francis Coquelin is out injured, and we all know what happens when he isn’t in the midfield.

Yeah, Granit plays and all bets are off. This not exactly what Arsene needs now his team are not even in the top four. But, in better news, he’s been given verbal confirmation that Ozil and Sanchez are staying.

Because no Arsenal player has ever told Wenger that then buggered off, ever.

Patrice Evra has taken a look at the fun Pogba is having back in Manchester and reckons he would also like to return to Old Trafford.

Sure, he’s a lot older than he was. Sure, United already have several people that can play left back.

But this is Evra, right? Do it José, do it. Just so we can get Patrice’s social media presence hooked up with Jesse and Paul.

Slaven Bilic is adopting a sensible approach to his January recruitment. He is saying very nice things in public about all the strikers on his radar.

Jermain Defoe and Scott Hogan have had their attributes talked up and Slaven is hoping at least one of them can come and cover for Andy Carroll in all the games he is likely to miss between now and the end of the season.

Surprisingly, Sunderland are not keen to sell.

Zaha fed up with Big Sam

Wilfred Zaha has seen enough in Big Sam’s training sessions to decide he needs a month in Africa. The Palace winger has flown out to join up with the Ivory Coast squad, turning his back on England.

Who can blame him? Croydon is grim at the best of times, let alone January.

Another player legging it out of London as fast as he can is Charlton’s Ademola Lookman who is joining Everton to replace the injured Bolasie.

And by replace, we assume this means beat a man three times before crossing the ball as far away from Lukaku as you can.

Jose Fonte wants out of Southampton. He’s been offered a new contract, but the Saints captain has seen all these other players head off to Liverpool and he wants some of it.

Finally, Raheem Sterling has been taking some stick for shopping in Poundland. The poor guy cannot win, and I don’t mean just on the pitch.

These footballers get abuse for flashing their cash, so Raheem tries to fit in with the rest of Manchester by shopping in the lower-end chain. He still gets kicked around for it.

Mind you, he should be used to it this season.

Kompany to return, I think

As for Vincent Kompany, he is nearly ready to come back from injury which really means he is nearly injured again.

Surely Pep must be hoping he can play more than ten minutes this time, though Kompany in crutches has to be a better bet than the rest of the defenders available to him.

Oh, and Pep? He’s not retiring just yet.