Morgan Schneiderlin: Why it’s time for the Frenchman to move on 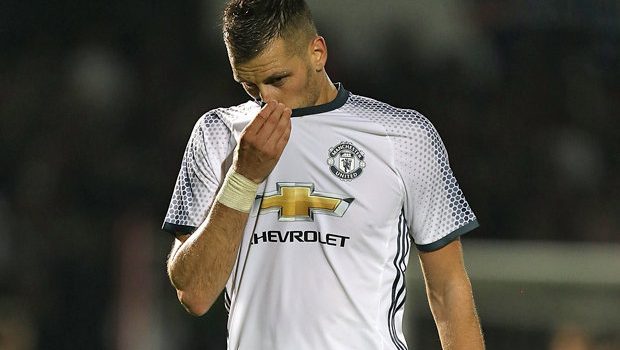 Morgan Schneiderlin: Why it’s time for the Frenchman to move on

Morgan Schneiderlin’s career is a quite fascinating one, starting at RC Strasbourg where he rose through the ranks to eventually make his professional debut with the senior side in 2006.

Despite only going on to make 4 appearances, Morgan kept his head down, trained hard and was eventually sold just before Strasbourg’s relegation to Ligue 2.

Regardless of being fairly unknown, Morgan was a wanted man, turning down Premier League side Portsmouth in favour of a move from to Southampton in 2008 for £1.2 million who were playing their trade in the Championship at the time.

Unfortunately Southampton were relegated that following season and Schneiderlin was on the brink of asking to leave, but the Southampton manager Mark Wott convinced the Frenchman to stay saying:

“He was desperate to leave when we got relegated (to League One in 2009) and I said ‘this is the best thing that could happen to you.

Technically, ability, attitude, awareness you are fine, you just need to become more physical and athletic. Get 40, 50 games in League One and feel the benefit. Southampton will get back up and there will always be a club that will pick you up.”

Southampton returned to the Premier league in the 2012-13 season with Morgan playing a huge role but shortly after Nigel Adkins was sacked and replaced by Argentine coach Mauricio Pochettino.

Throughout his time at Southampton, Morgan kept his place in the side after promotion to the Premier League and his stellar defensive displays at Southampton brought a lot of suitors.

Choosing to play in Manchester left a host of other teams searching for a replacement, particularly Arsenal, who were in desperate need for a defensive midfielder who would be able to shield the back four.

For many seasons, Manchester United were in the market for a midfield enforcer and have spent over £150 million on centre midfielders over the past few seasons, Morgan Schneiderlin was seen as just that and a replacement for the ageing Michael Carrick.

So far, this season he has only appeared 3 times, playing 30 minutes worth of football.

The perfect foil on paper

On paper, Schneiderlin would’ve been the perfect defensive partner for Pogba to express himself but without knowing all the details we cannot know the exact reason for Schneiderlin’s lack of minutes but he simply hasn’t convinced Jose that he deserves to play.

The actions of Jose since his appointment as United boss have been questionable to say the least, none more than his decision to play Marouane Fellaini over Morgan Schneiderlin while excluding Bastian Schweinsteiger from the team all together.

Schneiderlin will most likely be plying his trade elsewhere as he tries to revitalise his career as Jose Mourinho has stated he is willing to listen to offers for the Frenchman, who has been unhappy with his lack of appearances under the new United boss.

An upgrade for Everton

There certainly isn’t a shortage of teams after the 25 year old’s services, West Ham and Tottenham are all in the running but it seems Everton are favourites to sign the midfielders.

With the team, Everton already have, the addition of Schneiderlin would be a certain upgrade and could be the final pieces to elevate Everton to finishing the season in one of the European spots.