Marcus Rashford: Why United should build their future around the starlet 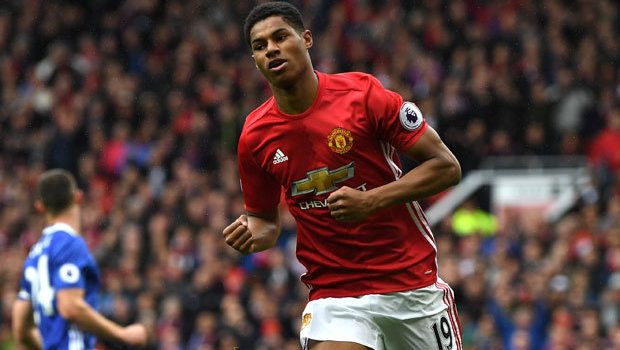 Marcus Rashford: Why United should build their future around the starlet

Manchester United beat Chelsea 2-0 on Sunday in what was their first win over the Londoners since Sir Alex Ferguson’s retirement in 2013.

The win over the title favorite’s came as a much needed shot in the arm for United who advanced their chances of making it back to the top four.

The timing of the win couldn’t have come at a better moment, as Manchester United prepare to play host to Anderlecht in a decisive Europa League quarter final encounter.

Marcus Rashford will be in top contention to start against the Belgians after an impressive showing which was capped by a goal during the win over Chelsea.

The academy graduate proved once again why he should unequivocally feature in Jose Mourinho’s plans for the future.

Rashford’s rise to prominence last season was determinedly by chance rather than choice.

Who could have thought that an injury sustained by Anthony Martial during the warm up against Midtjylland in the Europa League could have resulted in the introduction of one of the most iconic academy players since the class of 92?

Since his debut well over a year ago, Rashford have proven to be the gift that just keeps giving with high profile goals against Arsenal, Manchester City, Leicester City and Chelsea.

A stone-cold finisher who lives for the thrill of decisive matches, the future of Manchester United should be built around the 19-year old.

Although Rooney is currently at the tail end of his career at Old Trafford, the 31-year old has cemented his legacy at the Theatre of Dreams having surpassed Sir Bobby Charlton’s record to become United’s all time goal scorer with 250 goals.

Given the chance, Rashford could possibly match what the man of all seasons has accomplished with Manchester United.

Rashford has left an indelible mark around Europe since making his debut 14 months ago: one that has seen him nominated for the Golden Boy Award.

Although the prodigy faces stiff competition from Monaco’s Kylian Mbappe and Ousmane Dembele of Borussia Dortmund, his mere inclusion among Europe’s most elite teenagers is a vivid indication of his immense talent that should be tapped by Manchester United.