The Manchester Musings: Why United’s Top Four Hopes Are Fading 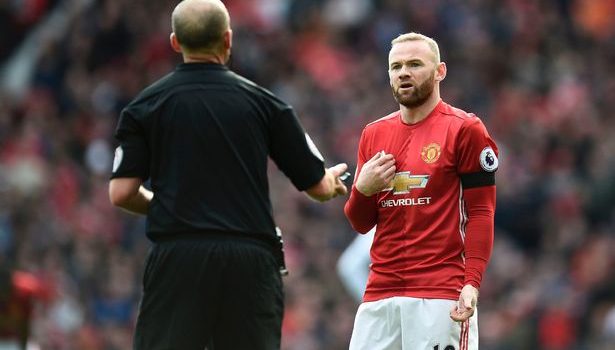 The Manchester Musings: Why United’s Top Four Hopes Are Fading

Manchester United resumed after the international break in 5th place just four points off the top four places in the Premier League.

A home tie at Old Trafford vs Tony Pulis’ West Brom came up, with the Baggies in fine form themselves after beating Arsenal 3-1.

Most United fans expected a tough match, but one that would end with United coming away with the three points.

Despite a host of injuries/suspensions to deal with, United lined up in the customary 4-2-3-1 formation.

De Gea, Valencia, Rojo, Bailly, and Young continued in the back four, with Fellaini and Carrick in midfield.

The attacking spark came from the pacey front four of Rashford, Mkhitaryan, Martial, and Lingard.

The game started off in one way, with United controlling most of the possession but not creating much.

West Brom were content to sit off and let the ball be in front of them, with Hal Robson-Kanu serving as the outlet.

United probed with square balls, looking for an incisive cut. However, clear cut chances were few and far between.

The general play seemed to be square balls in front of a compact West Brom team, and then crosses coming from deep towards the box.

A team of West Brom’s size was easily able to deal with it.

The only real chance of note came halfway through the first half, when Lingard crossed into the box.

Anthony Martial out jumped Craig Dawson, but his header for the near post was well wide of the post. Ben Foster didn’t even have a save to make in the first half.

The United tempo certainly increased in the second half as they pushed for the goal.

Quick passes were played in between the lines, but once it got into the box, it all broke down.

One extremely good passage of one-touch play saw the ball fall to Marouane Fellaini on the edge of the box, but the midfielder shot wide when a more carefully placed shot would have found the back of the net.

It was at this point that United fans began to resign themselves to yet another home draw.

Henrikh Mkhitaryan couldn’t capitalise on a McAuley mistake, with the shot parried by Ben Foster, and then Marcus Rashford came up against the ex-United keeper on two occasions when the game was petering out.

One was a long shot that looked destined for the top corner, and the second was a free kick taken with the inside of his boot.

They were good saves (not world class), but United failed to really up the ante in the last few minutes.

For their part, West Brom came to do a job, and carried it out to perfection.

They managed to slow the flow of the game, with the strikers doing a good hold-up job.

The combative midfield all put in plenty of work, and Tony Pulis would have been delighted.

They even could have won it late on, when a speculative Darren Fletcher shot was spilled onto the crossbar by David De Gea.

United however, need to arrest this home form if they want to come in the top 4 of the Premier League (but how many times have we said this).

It begins to look like every week that goes by, more and more eggs get placed into the Europa League basket.