The Manchester Musings: How United bottled it yet again at Old Trafford 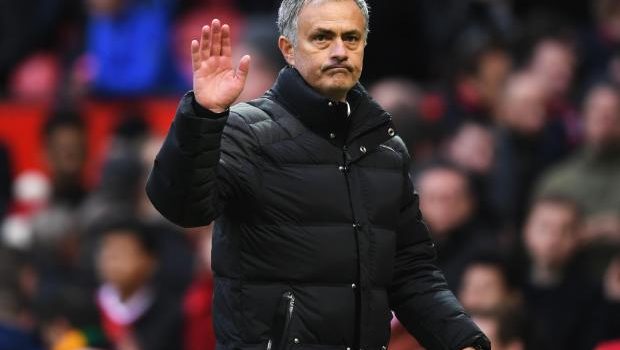 The Manchester Musings: How United bottled it yet again at Old Trafford

In the vast majority of football games, the scoreline does reflect the true nature of the game; if a team wins 4-0, they have been dominant and controlled everything for 90 mins.

In the case of a 1-1 however, it could mean a variety of things.

Manchester United lined up in a 4-3-3 formation, with Antonio Valencia making a recovery from a broken arm to start at right-back. Phil Jones and Marcos Rojo continued at CB, while Matteo Darmian switched over to left-back.

United fans were worried when the Arsenal lineup showed Alexis Sanchez fit and starting up front following a hamstring scare on international duty - the Chilean is arguably in the top 5 players in the league, and on his day could really tear any gameplan up.

The same applied to Mesut Ozil. However, most United fans were less worried when they saw Carl Jenkinson starting at RB - and most memories also instantly went back to when the young Englishman was brutally exposed in the infamous 8-2 win.

Arsenal came into this game as slight favourites, and Arsene Wenger would have been hoping to finally get a Premier League victory against Jose Mourinho. However, the game started slowly (maybe to be expected following an international break).

Martial tried to get at Jenkinson down the left and had some success, but the holding midfield duo of Coquelin and El Neny covered the right-back well.

United started to get into the game, and most of the attacking threat was coming from Antonio Valencia down the right hand side. It helps him when Juan Mata looks to cut inside, allowing the Ecuadorian to bomb down on the overlap.

Arsenal were limited to a couple of long shots, but never really threatened De Gea - while United worked the ball around well, tested Petr Cech with one low shot that he deflected for a corner.

The main talking point of the first half came towards the end - Valencia was played into the box by Pogba, and Monreal came across to block his progress. While it was no doubt Valencia was looking for the penalty, Monreal’s arm did come across Valencia’s waist, impeding progress.

The ensuing block also caused Monreal to tangle his legs with Valencias. Referee Andre Marriner was quick to decline the appeal, and the crowd was even quicker to express their disapproval as they went into halftime.

United had shaded the first half, and they came out with intent in the second half attacking the Stretford End.

Arsenal were playing on the counter-attack, but United managed to control the ball well and not leave themselves too exposed to the speed of Sanchez and Walcott.

United started to pile pressure on the Arsenal goal, and it finally told.

Good work from Ander Herrera meant he found himself at the edge of the box near the corner flag, and he cut a ball back towards the edge of the box. Juan Mata was there, and struck the ball sweetly into the back of the net with his left foot.

It felt like a big moment for United- and it was.

Arsenal never really got going following the goal as you would expect. Sanchez dropped deep (where Herrera was able to shadow him well), Ozil never got time on the ball, and Darmian was defending Walcott really well.

As a result there was sideways passing, and this played into the hands of the home team. United had a couple of shots to try and extend the lead, but they were not that threatening.

In the last 10 minutes, United fans were happy but still nervous.

A team like Arsenal just need one chance to score a goal, and it would require all 11 players to keep switched on and not make individual mistakes. Morgan Schneiderlin and Wayne Rooney brought on to shore things up, and Marcus Rashford shifted across to the left.

Meanwhile for Arsenal, plan B substitute Olivier Giroud was brought on along with Alex Oxlade-Chamberlain.

Those two subs were what changed the game.

Oxlade-Chamberlain found himself 1v1 with Rashford down the right in the 89th minute - he knocked it past him, and clipped a ball into the box. While it might seem like a bread and butter cross for Giroud, the finish was exemplary.

With a running jump, he leapt into the air from about the penalty spot, and powered the header home from about the 10 yard line. It was a great header - and nothing the United defence could have done about.

1-1 was how the game finished (no real chances following the equaliser), and you couldn’t help but feel Arsenal got away with it.

For United, it was another 2 points dropped at home (adding from Stoke/Burnley), and the gap between them and the top 5 grew even further.

Jose Mourinho will take some positives (and there certainly were positives), but it is now time to get results on the board (in all competitions).