Man United: Why the Club’s FA Cup Triumph Is A Sign Of Things To Come

Man United: Why the Club’s FA Cup Triumph Is A Sign Of Things To Come 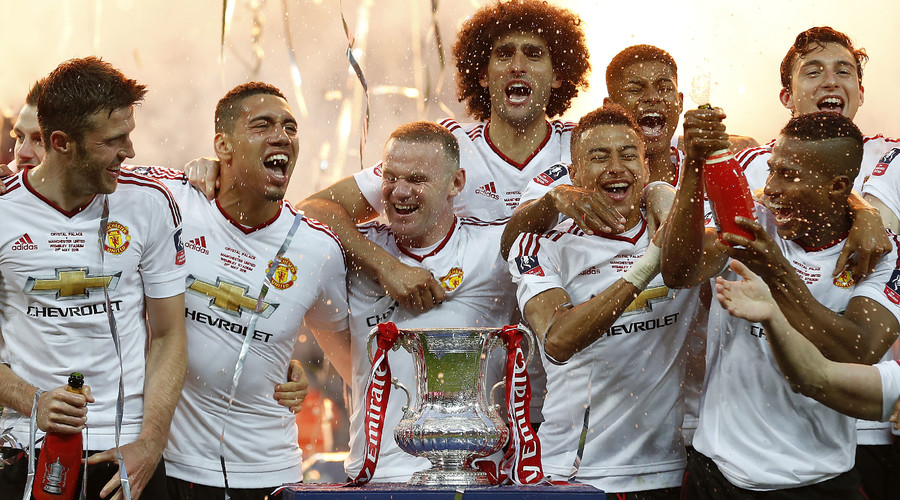 Dull, uninspiring, boring, and tedious. All have been widely used adjectives describing the Louis Van Gaal era at Manchester United, and for good reason. The first season in charge saw the club achieve a top 4 position after the disastrous David Moyes era, and fans were rightly excited looking ahead to the next season.

Expectations were another Top 4 position, progression into the knockout rounds of the Champions League, and a solid trophy run in either the League Cup or FA Cup.

Due to a variety of factors, the first two did not materialise and is largely why Van Gaal was relieved of his duties in May 2016. However one thing he did achieve, and something that nobody can take away from the club, is that Manchester United lifted their first meaningful trophy of the post-Ferguson era- the FA Cup.

United had not lifted that particular cup for 12 years, and for most fans, was the one trophy that had eluded them. Rightly or wrongly, the FA Cup was normally third in the list of season priorities for the latter Ferguson years at Old Trafford, but once it was established that the club were not finishing in the Top 4, it began to assume extra importance among the fans and players.

Not the best of finals

The final itself was not a great spectacle. Crystal Palace were happy to sit back and let United have the ball, and then spring quick counter attacks using the pace of Yannick Bolasie and Wilfred Zaha.

The plan nearly worked early on, but about halfway through the second half, the game was meandering- it clearly needed a goal. Jason Puncheon was happy to provide, slamming home a volley that beat David De Gea at his near post purely for pace, sending the Palace fans into dreamland with 12 minutes to go.

However, it prompted a frenetic response from United, who equalised just two minutes later. Wayne Rooney picked up the ball in midfield, and went on a mazy run beating four players in the process.

It looked for a minute that he had gone too far, but managed to clip a ball to the far post. Marouane Fellaini managed to chest it, taking the pace off in the process, and it fell perfectly for Juan Mata to volley home.

That goal - cue madness and delirium

At that stage, United fans began to believe again as they were the dominant team. Extra time came, and the first half went by.

Just about when most were beginning to think of penalties, the winning moment came. Antonio Valencia drove down the right hand flank, and drove a low cross into the box. It was partially cleared by a Palace defender, but sat up perfectly for Jesse Lingard- who instinctively lashed a right boot on it.

He could not have caught it sweeter- it went exactly into the top right hand corner. Cue a raucous celebration known in Manchester parlance as a ‘right goon’. Madness and delirium. So much so that it even got Van Gaal off his seat!

The final whistle was greeted by a huge cheer from the United faithful. They had won the FA Cup! The trophy that had taken so long to win back- the trophy that now meant so much. In what had been a tough three years (in the context of Manchester United), this was seen as the sign of things to come.

Manchester United and trophies- where the club belongs.

Long may that continue!