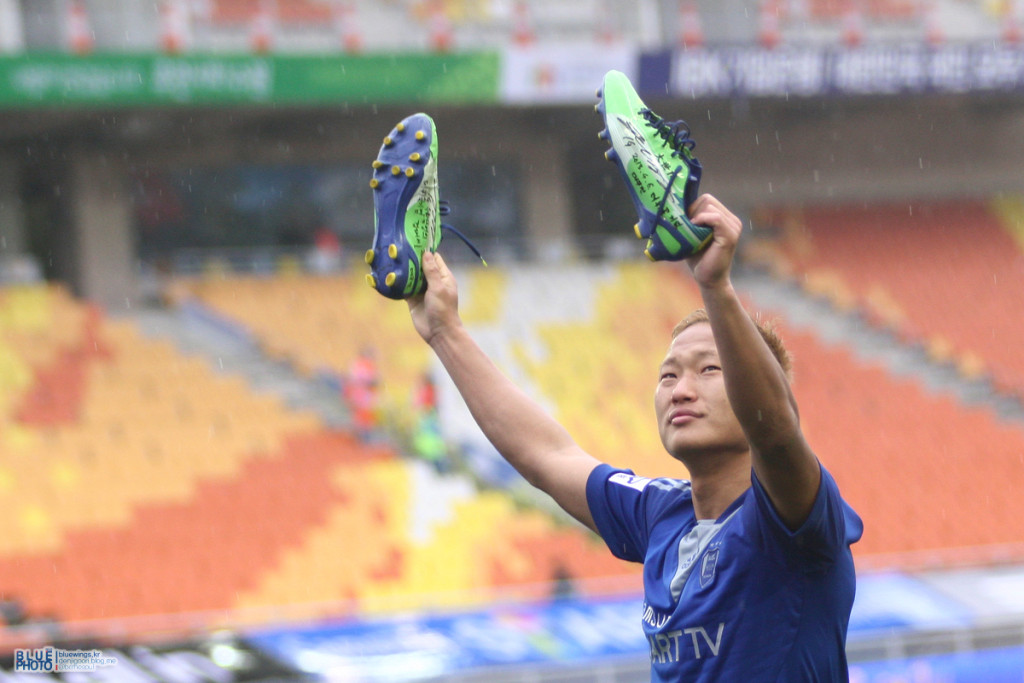 North Korean striker Jong Tae-Se has returned to Japan, transferring from Suwon Bluewings to J-League side Shimizu S-Pulse. Jong Tae-Se is well known around the world due to his performances in the 2010 World Cup where he was dubbed ‘The People’s Rooney”.

He personally likens his style of play to ex-Chelsea striker Didier Drogba and, despite scoring six goals in the first half of this season, is a striker who can hold-up the ball and bring others into play, rather than an out-and-out goal-scorer.

While there was a lot of interest in the North Korean team in the build up to the 2010 World Cup, Jong Tae-Se’s story was perhaps the most surprising. Born in Japan to Korean parents, Jong was educated in a school run for North Koreans living in Japan.

He holds a South Korean passport, so had to get special permission from Fifa to play for North Korea. At that time he was playing for Kawasaki Frontale in the J-League, but he soon got a chance to prove himself in Europe, moving to Bochum in the 2. Bundesliga, he scored fifteen goals in forty-two games for Bochum before moving to FC. Koln.

His next transfer was possibly the most surprising. After a disappointing spell at FC Koln he moved to South Korean club Suwon Bluewings at the start of the 2013 season. Jong faced several difficulties in South Korea, from away fans calling him ‘bbalgaengi’ (a red), to right-wing groups trying to get him arrested for supporting North Korea, an offense that can lead to jail-time in the South.

Nevertheless he was a consistently good performer for Suwon, and has been having a good season so far. There may be several reasons for his return to Japan, but Jong has said that Suwon haven’t offered him a new contract, and as allegedly he is one of their higher-earners, Suwon may be looking to offload him due to their current attempts to reduce their wage bill.

Shimizu S-Pulse, currently languishing at the bottom of the J-League, will be hoping that Jong Tae-Se can save their season in his second spell in Japan.