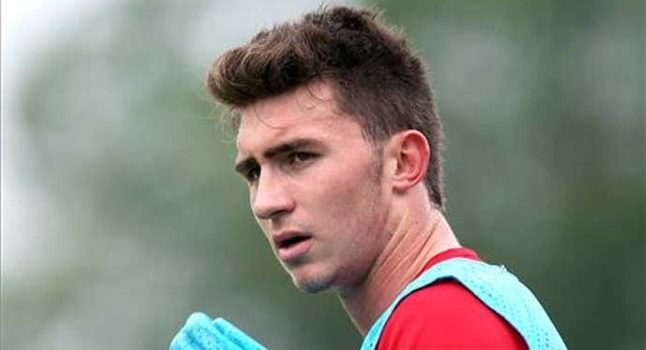 There may be a few European players feeling left out because they have not been linked with a move to Manchester United this summer, but Aymeric Laporte is not one of them.

If reports are to be believed, the Athletic Bilbao defender is the latest in a long line of players that have been the subject of interest from the English club.

However, there has been no official approach at the stage.

After missing out on Pedro (or deciding not to buy him, depending on which side of the story you believe), the Red Devils may be keeping their transfer cards close to chest until the window closes at the end of the month.

However, it has been suggested that United chief executive Ed Woodward was eyeing up the French -U21 centre-back when he watched Athletic Club take on Barcelona last week.

The 21-year-old played an impressive part in his side’s stunning victory over the European Champions in last week’s Spanish Super Cup final.

The victory over two legs gave the Basque Country team their first trophy in twenty years and prevented Luis Enrique’s men from claiming their fifth piece of silverware in 2015.

Since 2012, the youngster has forced his way into Ernesto Valverde’s first XI with some age-defying defensive displays.

Fully aware of the talent on their hands and the interest from elsewhere, club officials wasted no time in adding a €36.5m release clause to the Laporte’s new long-term contract back in June.

Suring up the defence

It is believed that United boss Louis van Gaal is still not happy with his current crop of defensive players at his disposal and is keen to the former Athletic Bilbao academy player to the Old Trafford ranks.

The player features mainly at centre-back, but can also play as a left full-back and it is this kind of versatility that makes him stand out from his peers.

However, the revelation of the buy-out clause has put the brakes on the deal as the Manchester Club’s CEO values the player at a much lower figure.

The Basque Country team are no strangers to dealing with Manchester United having sold midfielder Ander Herrera to the club in 2014.

An initial bid was turned down in 2013 before United eventually yielded and activated the €36 million buy-out clause a year later.

If United do not make their move now, they may once again end up paying the same price 12 months down the line.

If a deal does happen, the twenty-time English league winners will have one of Europe’s most promising young defenders on their hands.

But having already parted with plenty of cash this summer, they may decide that there is better value to be found elsewhere.