Lukaku, Deulofeu, and Barkley: The Premier League’s Most Lethal Trio 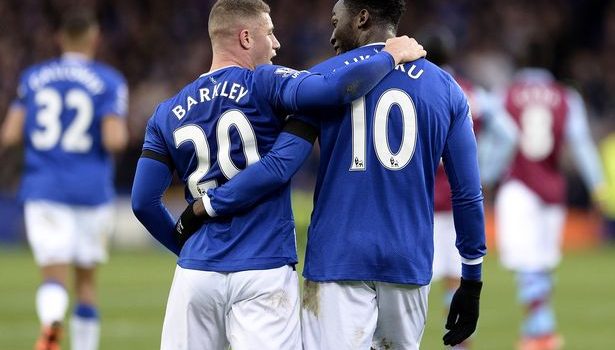 Lukaku, Deulofeu, and Barkley: The Premier League’s Most Lethal Trio

Everton’s Romelu Lukaku, Gerard Deulofeu and Ross Barkley have been in excellent form for the Toffees this term. Could Roberto Martinez’s terrific trio fire the club into the European places come the end of the season?

All three of Everton’s stars have had season’s to remember thus far. Ross Barkley, now a fully fledged England international, has been his usual dominant self. Gerard Deulofeu has stepped his game up a gear. And the deadly Romelu Lukaku has netted 15 goals in 20 games in all competitions, including a superb eight in his last seven matches.

The trio’s superb understanding makes them one of the Premier League’s most lethal attacking threats at present. Between them, Lukaku, Barkley and Deulofeu have scored 19 of Everton’s 29 league goals thus far, which just proves how vital the triplet are to the Merseysiders’ ambitions this term.

Lukaku’s strike in the 1-1 home draw with Crystal Palace earlier this month was the Belgium international’s 50th goal for the club. Whilst the ever-consistent Barkley and the vastly-improving Deulofeu are as equally influential on the team with their excellent service to the Everton No. 10.

Knocking on the door of the league’s top-four

Despite the Toffees’ mid-table position, Martinez’s side have only lost three league games so far, and sit just six points adrift of Manchester United in fourth spot.

As we enter the crucial festive period, the Goodison Park faithful will be looking towards the attacking triad of Lukaku, Barkley and Deulofeu to push the club up the Premier League table and towards the European places.

With Everton also still going strong in the Capital One Cup, the Toffees still have a few bites of the Cherry to secure European football this season – and you can guarantee that Ross Barkley, Gerard Deulofeu and Romelu Lukaku would’ve had an awful lot to do with it if they indeed do.