Mario Gotze: Why His Signing Would Be A Huge Boost for Liverpool 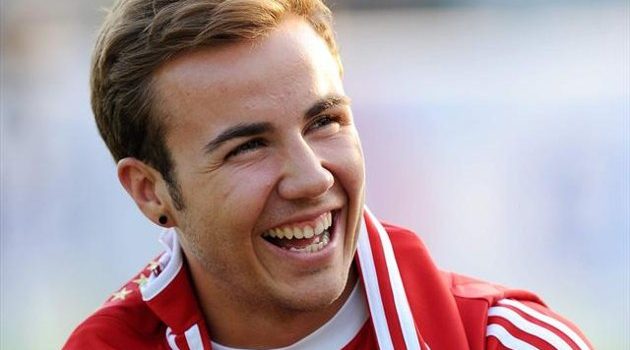 Mario Gotze: Why His Signing Would Be A Huge Boost for Liverpool

The Reds have been involved in quite an interesting football season where they managed to reach the finals of the Football League Cup, are in the quarter-finals of the Europa League, and are sitting 9th in the Premier League table. Not a bad season for new boss Jurgen Klopp, who is a Kop favourite and looks to take the club to new heights in the coming years.

The Merseyside outfit however aim for Champions League football next season and now it looks difficult as they’re in the bottom half of the top 10 teams in the league.

Klopp’s style of play at Liverpool has attracted huge interest from players abroad and now the German manager looks to have set his sights on Bayern Munich playmaker Mario Gotze.

Gotze signed for the Bavarians in April 2013, where the German giants secured the services of the attacking midfielder for €37 million, making him the second most expensive German player behind Mesut Özil.

Even after a big money signing, he has been often seen at the bench as manager Pep Guardiola prefers to start his top players like Arjen Robben, Thomas Muller or Franck Ribery. In his time at the Allianz Arena, Gotze has only managed to play 105 games, scoring 34 goals and only completing 40 matches for the whole 90 minutes.

Having seen a lot of silverware in his career, Mario has won three trophies at Dortmund and five trophies with Bayern Munich. Not only that, the youngster has also scored the winning goal for Die Mannschaft in their 2014 World Cup final against Argentina.

Gotze is considered to be one of the best young football players in the world, and has been described as the “German Messi” by German football legend Franz Beckenbauer.

Liverpool will have a huge boost if they are able to secure the signature of the 23 year old. The Reds already flaunt the likes of Phillipe Coutinho and Roberto Firmino.

With the addition of Mario Gotze in the front, Liverpool will be one of the most beautiful attacking sides in the Premier League.

Gotze is used in a “false 9” role under German coach Joachim Low, which will see Klopp shifting Firmino up front and playing Mario behind him. Gotze can also be shifted to the wings, as the two Brazilians could play behind Daniel Sturridge who would be the lone striker.

The 5-time European champions seem to face competition from fellow Premier League rivals like Manchester United and Arsenal. Having previously managed the wonder kid at Borussia Dortmund by Jurgen Klopp, there are high chances of the Reds signing the 23 year old German international.

Speculation between Mario Gotze and Liverpool have started since Klopp signed for Anfield back in October 2015.

A player known for his dribbling ability and short passes, Gotze will prove vital to get the goals for the Reds. The number 19 is also known to be able to play with both his feet and is a counter-attacking threat.

Reuniting both Klopp and Gotze is going to be beneficial for the club, keeping in mind that the player is available for £31.5 million.