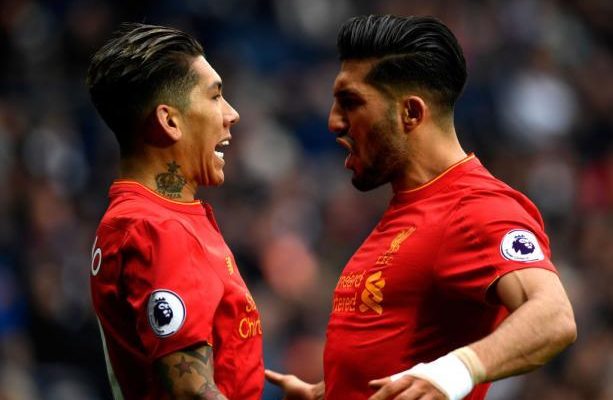 The biggest match of the weekend in the English Premier League brings together two of the inform teams in the division.

Manchester City is still unbeaten and only lost 4 points in this stretch. Liverpool is also on another unbeaten run of its own with Klopp’s men undefeated in the last 13 league games.

This is not where the similarity between the two ends. They are also the sides who have scored the most goals with Man City putting 64 past their opponents and Liverpool 50.

The reverse fixture resulted in a resounding win for The Citizens. Liverpool had Sadio Mane sent off near halftime and could do nothing but watch as their opponents ruthlessly punish them 5-0.

The Reds are ready for revenge now and they are well equipped to halt City’s unbeaten stretch come Sunday.

Here are three reasons why:

1) Pressing is the best weapon

It has been the big dilemma of the season. How do you stop this Man City side?

Sides like Newcastle and Southampton tried to sit deep and absorb pressure. However, Pep’s troops eventually managed to crack the defensive walls. Tottenham tried to go toe-to-toe against City but they too were punished.

Burnley, on the other hand, showed a glimpse of how to counter Pep’s system in the first half of their 3rd round FA Cup tie.

Sean Dyche’s team managed to press Man City high up the pitch and stifle their passing play. Burnley was rewarded with a halftime lead before their opponents roared back to victory.

Despite that, pressing seems to be the best weapon to stop the passing build up play City thrive on and there is no one better at that than Klopp’s heavy metal machine.

Liverpool’s goal-getter was back in training on Friday. Mo Salah missed the games against Burnley and Everton but is ready to face the league leaders.

His return is a welcome sight for the Reds. Besides his goals and assists, the Egyptian’s pace will be a huge test for Man City’s fullbacks and he can pin them back to prevent there surging runs upfront.

Together with Sadio Mane and Roberto Firmino, he can decide the game.

3) Defense is getting better

The defense has been a worrying issue for Liverpool for years, especially under Klopp, but finally, it is looking better.

Record signing Van Dijk made a dream debut against Everton in the FA Cup with a last-minute winner and an overall commanding display. His ability on the air and knack for anticipating danger and intercepting makes him the ideal defender for Klopp.

Andy Robertson has been impressive in the last couple of weeks and is saving Liverpool fans from the headache of watching Alberto Moreno. Joe Gomez is constantly improving, although he has been prone to errors every now and then, and Joel Matip looks the ideal partner for Van Dijk, even though he wasn’t particularly sharp against Everton.

Man City has a rather poor record at Anfield and Klopp has managed to win both home games against them since his arrival.

The Reds may miss Coutinho but in his pre-match press conference Klopp stated they are able to cope:

“We lost plenty of players at Dortmund. You always have to react. It’s about the atmosphere in the club. If we get a FK on Sunday and anyone is thinking ‘Phil!’ that wouldn’t be too cool.”

Will Liverpool be the first team to beat Man City in the league? Sunday’s big showdown will have an answer.