Brendan Rodgers: Celtic Job A Shot At Redemption for The Ex-Liverpool Gaffer 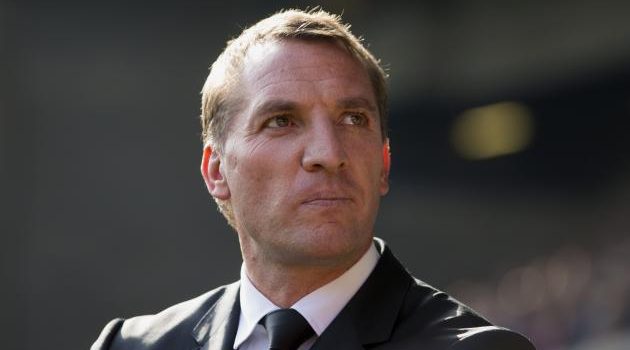 Brendan Rodgers: Celtic Job A Shot At Redemption for The Ex-Liverpool Gaffer

As a reader of this article, it’s probably safe to say that you’re aware of Brendan Rodgers and his infamous reign as the leader of the ‘new’ Liverpool from 2012 to what we assumed would be the end of time.

However, frankly to our surprise, Rodgers’ stint just lasted a lackluster three whole years before he was sacked and then later replaced by the charismatic Jurgen Klopp.

In football management progress is the key indicator of the success at a club. In the three years of managing Liverpool, key highlights stemmed from losing 3-0 to West Brom in his debut as Liverpool manager, two months later, welcoming his former club Swansea to Anfield where they subsequently lost 3-1 in the Capital One Cup and then later being knocked out by Oldham Athletic in the 4th Round of the FA Cup.

Subsequently, they ended up finishing seventh in 2012.

Three years later, Brendan’s Liverpool, were knocked out of the Europa League in the final 32 after losing 4–5 on penalties to Turkish side Beşiktaş. The most telling result was the final match of the 2014-15 season where they subsequently lost 6-1 to Stoke, ending up sixth in the Premier League.

All telling signs of the lack of progress, or maybe even stagnation, of arguably the most successful team in England.

Although praised for attempting to bring through British talent such as Joe Allen, Jon Flanagan and Jordan Henderson, the almost flippant formation choices of 4–5–1 to 3–5–2 to 4–4–2 to 4–3–3 to a diamond formation in the 2014-15 season, all paired with an acute lack of man management led to his sacking.

A year on, with 10,000 Celtic supporters in audience. Brendan has a new job.He has signed a 12-month rolling contract in succession to Ronny Deila, who left the Scottish champions at the end of the 2015-16 season.

With no discussion needed regarding his passion, as he’s said “I’ve been a Celtic supporter all my life” and later adding “I’ve been very lucky to have been given an opportunity to step out the stands and manage the team.”

A discussion can sure be made regarding his ability to judge a club, with the statement being made depicting Celtic as “one of the biggest clubs in the world” along with his insistence that it’s “not a step down”.

Obvious points of concern include the lack of European Cup wins since 1967, the success and continental standing of Celtic are nowhere near the likes of Barcelona, Munich and Madrid.

Even with the inclusion of more local teams (from the UK), such as the likes of Manchester United and Chelsea, Celtic hasn’t been able to stamp their ground in Europe’s biggest club competition. Despite that, his complimentary comments of the club dominating their domestic league are noted and surely appreciated by home fans.

The new Gaffer is going to have his work cut out for him with a returning Rangers side brimmed with young talent and desire to prove themselves as a giant in Scottish football back in the top flight once more along with the ambition of a better continental campaign — he has an intriguing season ahead.

I hope whilst writing this as an impartial writer, that his management abilities have improved as his judgment definitely hasn’t.

We wish him well in his new endeavor.