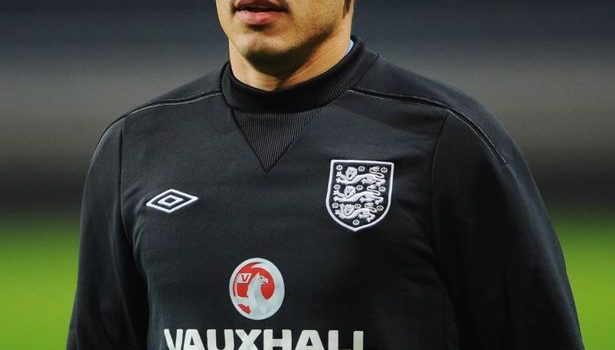 I was at Leon Osman’s first Premier League game for Everton: Molineux 2004, we lost 2-1 but that 1 goal came from the, then 22-year old, Osman. His first goal in English football. I myself was only a young child at the time but I knew that he was going to be something special with Everton.

8 years later, I think that Leon has proved me right. For the last 8 seasons he has, not only been a consistent starter and one of the most energetic midfielders I have ever seen, but also loyal to the club and not even remotely coming close to leaving Everton. And remember this was through a period where loyalty has been dying throughout football.

He was repaying our loyalty to him, something which Liverpool ‘claim’ Steven Gerrard has shown to them, even though he came within inches of ditching them for (keyword) BILLIONAIRE Roman Abramovich’s Chelsea, until he was offered enough money to stay there. Leon Osman has become an Everton great in the last 8 years.

So why is he getting his first England call-up at the age of 31, 8 years after his debut? In my opinion, it’s been VERY bad timing. He has blossomed throughout the years in a period when the English talent was ripe. Players like Gerrard himself, Frank Lampard, Joe Cole and Paul Scholes were the top midfielders at the time, but with players like Jermaine Jenas, Stewart Downing, Nicky Butt and Shaun Wright-Phillips all getting call-ups before him, you can understand why he should’ve felt a little frustrated.

But at last, at the age of 31, he got his opportunity. I’ve seen alot of articles recently talking about Leon Osman reaching his peak and him developing early, heaping loads of praise on him. Where has this praise been the last 8 years? He has been right there, performing consistently brilliantly season in, season out, yet he’s only getting recognition now? Very late in my opinion.

I commend Roy Hodgson, because he is the first England manager to take risks. He has made some very questionable call-ups I must admit (I would’ve drastically changed the Euro 2012 squad), but at least he’s taking risks. Leon Osman is just a number of players that have been called up recently for the first time, Jonjo Shelvey, Raheem Sterling and Steven Caulker have all made debuts recently. But finally someone has seen his strengths, the same strengths that he has been improving season in, season out.

I watched his England debut against Sweden, and without being biased because I myself am an Evertonian; I thought he was brilliant. Obviously the game will only be remembered for THAT goal by Zlatan Ibrahimovic, but he had a terrific debut. He displayed his typical strengths, his accurate and sharp passing, always going for the ball and always looking to create chances. I can only imagine that will not be his only game for England as Roy Hodgson was watching him closely throughout that match.

Leon Osman has deserved international recognition for years now, hopefully he will feature in the England side a lot more with his final footballing years to come. He has reiterated his desire to gain more and more caps for England and his performance against Sweden did him a world of good.

I think we’ll all be seeing Leon Osman step out for England once again. And who knows, the World Cup’s only under 2 years away……