Leicester City: Why I’m the reason behind the Foxes’ slump this season 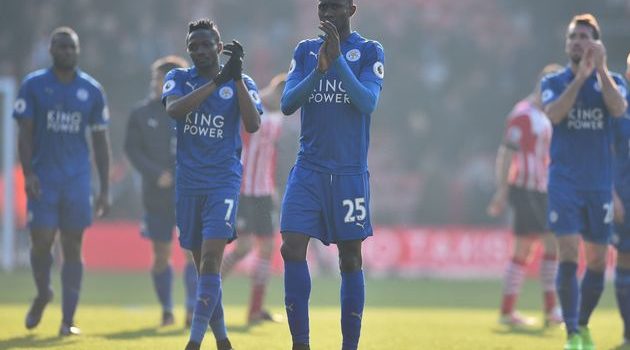 Leicester City: Why I’m the reason behind the Foxes’ slump this season

In case you haven’t noticed Leicester have not been putting in the best title defence this season.

In fact, if you look at it closely they are on course to put up an even worse title defence than Chelsea managed last season. If you recall they finished an alarmingly underwhelming 10th.

While I’m sure Leicester fans were not expecting back to back titles, they should at least be clipping the heels of the top six. Instead, The Foxes find themselves left in the top six’s dust and looking over their shoulder towards the relegation zone.

Their 3-0 loss to Southampton is a perfect example of how poor they have been, particularly away from home, this season.

Indeed they seemed to be locked in an eternal struggle with Burnley to see who can be the worst team away from home. The poor sods can’t even win that battle!

So how have the “Champions of England” gone from having the best away record in the league to losing 3-0 to a captain-less Southampton?

Many factors behind the slump

The man mountains of Robert Huth and Wes Morgan have looked more like melting glaciers than defensive rocks this season.

The absence of the dynamic N’Golo Kante means that Leicester would have to play about six central midfielders to make up for all the work he put in.

Then there is the misfiring Jamie Vardy and a lack of creativity from Mahrez. Add to that the general shortage of confidence in the team it seems obvious why Leicester are not doing so well this season.

The real reason, though….

But none of those completely logical reasons are why Leicester are in a relegation scrap this season. The real reason is me.

Allow me to explain. In September of 2016 I moved to Leicester and surely it can’t be a coincidence that since then The Foxes have been awful.

It’s also no coincidence that when I was not in Leicester over Christmas they beat Manchester City 4-2. Unfortunately I am a football bad luck charm.

I’ve lived in Woking most of my life and there’s a reason why they have never gotten above the fifth tier.

I cannot even remember the last time I saw Middlesbrough win a game live, case in point, I went to The Riverside Stadium on Saturday and Boro lost 3-1 to West Ham.

So to the Leicester fans, I can only apologise.

Do not blame the manager, the players or the extra fixtures in the Champions League. You should really be blaming me.

That might sound self-centred but it’s clearly the only logical explanation as to why things have gone so wrong this season.