Leicester City: Why the Foxes can still implode in the title race 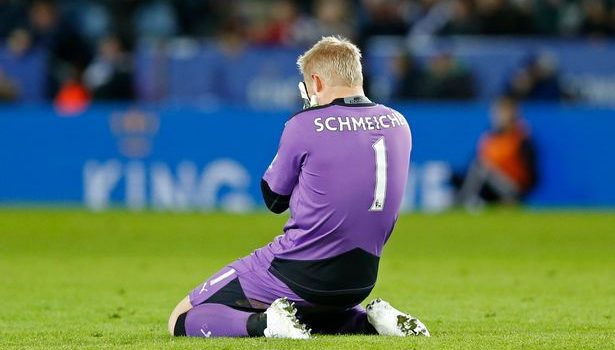 Leicester City: Why the Foxes can still implode in the title race

As evinced by the nervy 90 minutes at home to Newcastle United, Leicester City have finally acceded to pressure though Claudio Ranieri loves disputing the obvious. The Italian gaffer stating his sideâ€™s ambition is to play in the Europa League is nothing but a smokescreen, as everyone knows that the Foxes are pondering their maiden English top-flight title.

However, despite enjoying a five-point cushion at the top with only eight games left, the Premier League title may still proceed to get Tottenham Hotspurâ€™s name etched on it.

Leicester supporters celebrated their 1-0 victory over Rafael Benitezâ€™s side as the stuff of champions as they head into the closing stages of the league, but it would take a miracle to eke out such narrow victories, especially because they still have a couple of relegation battlers (Swansea City and Sunderland), four high-fliers (Chelsea, Everton, Manchester United, and West Ham United), and an unpredictable Southampton side to play.

Besides, their results have been hugely uninspiring in the past five outings: three 1-0 victories over less than stellar teams, a draw with West Bromwich Albion, and a loss to an out-of-form Arsenal.

In addition, Alex Neil and Norwich devised the perfect strategy to shut down Leicesterâ€™s attack during their King Power Stadium visit: allowing Leicester to enjoy the most of the ball. Their tactic has been espoused perfectly by teams Ranieriâ€™s men have faced in the subsequent weeks, and Leicester look shaky and unarmed to break down defences that sit back.

Since the Norwich game, the Filbert Way club have enjoyed 54.93% of the ball, as opposed to their season average of 44.7%.

However, goals have dried up since their upturn in possession as they have averaged as little as 1.2 goals whilst their season average is the best in the division only to the Citizens. In addition, their pass completion remains in the 70s, highlighting a potential vulnerability on the break, whilst their biggest strength ironically continues to be being lethal during the counters.

It shall not be a surprise if Crystal Palace, who have not won in 12 games, get something out of their Saturdayâ€™s showdown if they execute the tried and tested plan.

“We know very well this is a strange chance that we have but we want to fight and then nobody can say ‘we were nervousâ€™. No. We are focussed and everything could happen,” Ranieri said before the Newcastle game. By the looks of things, the more he stresses upon their resistance to nerviness, the more nervous his varsity becomes.

With Tottenham Hotspur and Arsenal waiting like vultures that circle around a dying animal, Leicester shall soon counteract the antidote Norwich have invented and also beat pressure.