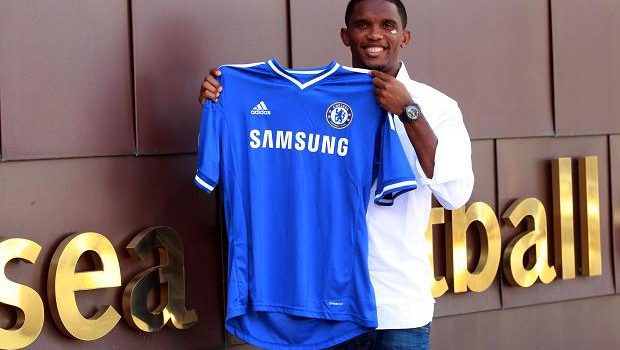 The general consensus amongst Chelsea fans is that the lack of a top quality, yet proven striker, does not hold a place at the club. Cavani was mentioned, Falcao’s was too, while Wayne Rooney’s name never seemed to go away. In the end, the club went for a big and certainly proven name, Samuel Eto’o, but the Cameroonian’s one-year deal causes questions over what his role will be.

Fernando Torres has had plenty written about him, yet the widely held opinion is that we will never quite see the Torres that was oh so magnificent for Liverpool from 2007 to 2010. Demba Ba is a man who displayed his ability to spearhead a team’s attack and really score goals for fun at Hoffenheim, West Ham and Newcastle, but hasn’t shown this at Chelsea.

Despite a confident start to his time at Chelsea with a doubleagainst Southampton, he has looked somewhat out of his depth at times, and unable to naturally fit in to the passing and largely movement based play of Eden Hazard, Juan Mata and Oscar in particular. His start in the 2-1 win against Aston Villa a few weeks ago highlighted this, but also suggested Mourinho was willing to use him, and he completes Chelsea’s trio of strikers.

As for Romelu Lukaku, his last minute deadline day move to Everton was somewhat out of left field, although Mourinho could feel the big Belgian needs to get back his confidence and gain some more experience to deal with future pressure moments such as the decisive penalty he missed against Bayern Munich.

So how will Eto’o fit in at his new club? Chelsea will likely have an immensely busy season again this year, so his extra legs will be needed regularly, whatever the form of Ba and Torres. The pace and movement of Eto’o have always been his strengths, and can create chances for himself, as well as get on the end of things.

His versatility and ability to play on the left of midfield will probably not be needed due to Chelsea’s attacking options, but it shows Eto’o’s ability to go out wide and allow others such as Oscar and Hazard to burst into the box as they so often do.

Samuel Eto’o enjoyed his best successes in his early days at FC Barcelona, and under current Chelsea manager Jose Mourinho at Internazionale. In a way, Chelsea are a hybrid of the two. Possessing the dynamism and creativity of Frank Riijkard’s Barcelona side that won the Champions League in 2005/06, as well as the organisation and determination of the Inter side that won the same competition under Mourinho.

Eto’o was an absolute livewire as he fed off Ronaldinho and Ludovic Guily’s deliveries, and scored against his current club both in the 2004/05 and the 2005/06 Champions League campaigns. At Inter he counter attacked and supported Diego Milito as he often went out to the left. Eden Hazard, Oscar, Kevin de Bruyne, Juan Mata, Andre Schürrle and others will look to replicate the goals that Ronaldinho set up for Et’to during this time.

In my opinion, the signing of Eto’o wasn’t ideal for Chelsea, but it was absolutely necessary. Rooney was slipping away and they would have been foolish to simply regret not bringing in Cavani, Lewandowski or Falcao and not attempt to bring in an extra forward.

The energy, experience and forever lasting technical ability of Eto’o will come in particularly useful in the Champions League games and against some of the tougher Premier League opponents of Chelsea, and he will be used in a variety of other domestic games to add depth to the Blues’ strike force that consists merely of him, Torres and Ba.

Much like with Demechelis at Manchester City and Toure at Liverpool, the Cameroonian star has been bought for depth and experience, something Chelsea’s youthful attackers will almost certainly find helpful.