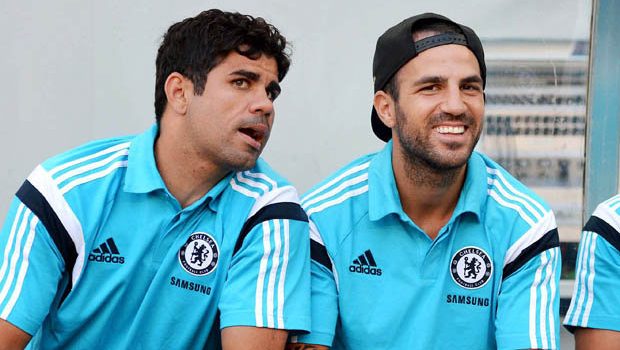 Almost constantly levelled at Chelsea last season was the criticism that they were too dull, especially against other top teams where they would “park the bus”. An original Mourinho quote, pictures of a Chelsea bus would almost always appear on social networks as fans ridiculed and pointed out the defensive and apparently boring strategies used by Mourinho. Such a criticism didn’t bother Mourinho though, nor did it bother many Chelsea fans, but high profile victories over Manchester City and PSG showed Chelsea could win stylishly, leaving Mourinho with a decision: will his overall philosophy be to outplay opponents, or will it be to defend and win at all costs? So far, it’s looking like the former.

You can normally judge a team’s intentions from pre-season, including from the signings they make. Chelsea have most notably brought in Cesc Fàbregas, Diego Costa, Filipe Luis, and re-signed legendary striker Didier Drogba. Each of these possess attacking threat, but Chelsea have always had attacking players but often relied on them to play on the counter attack or to only be fully utilised at home to “lesser” teams, with Mourinho opting for their deep lying midfielders and two attacking midfielders in some of the tougher looking games.

So what have we learnt about Chelsea’s intent so far this season? Well, I for one, expected Fàbregas to play in the attacking three surrounded by two of Hazard, Oscar, Schürrle and Willian, yet this has not yet happened. Instead, he has played alongside the powerful yet defensive minded Nemanja Matić. Some may say it’s risky, with Fàbregas being fundamentally a playmaker, a creative force in any side. The Spaniard had even played as a false 9 for his previous club FC Barcelona, suggesting the signing to be of another attacking force from Mourinho. However, in games against Burnley and Leicester, Fàbregas has showed exactly why he gives Chelsea something totally different to other players Mourinho has used in that deep lying midfield position.

What has really impressed and surprised me in this new Chelsea XI is how Fàbregas has been both deep lying, yet as influential in his creative play. Ramires, who played in this position last season, had made most of his passing short and simple, or had bombed forward in the runs he excels at making. Fàbregas, on the other hand, has been like an additional attacking midfielder albeit a deep lying one. Footballing hipsters would call this the position of a “regista”, a role which Andrea Pirlo has perfected in recent years, with his time at Juventus proving to be a renaissance in his career. Like Pirlo, Fàbregas has made it clear he can create like Oscar, Hazard and Schürrle, as well as balance the defence and attack alongside Matić.

Further forward in the Chelsea team, creativity has been maintained as well. In the twenty games we’ve seen so far, arguably the most impressive passing move of the Premier League was that from Chelsea against Burnley as André Schürrle put the blues 2-1 up. In this move, Ivanovic and Fàbregas got up the pitch and added to the creativity already shown by Hazard, Schürrle and Oscar as they fed in Diego Costa. Rather than being congested, Fàbregas Oscar, Schürrle and Hazard seem to have gained an already impressive understanding of how each other play. Against Leicester, Fàbregas and Oscar regularly swapped around when necessary and both helped Matić in the centre of midfield. Many would claim Fàbregas was at his best at Arsenal when surrounded by the likes of Samir Nasri, Theo Walcott and Jack Wilshere, and these technically marvellous and mentally sharp players are replicated in Mourinho’s Chelsea side and regularly used by him.

As for the striker in the new Chelsea team, his role is different too. Diego Costa is now the solid first choice, top striker Chelsea fans have craved since losing Didier Drogba in 2012, with the returning Drogba providing capable back-up. Costa’s power and physical presence means he differs from Samuel Eto’o who relied on his clever movement and the pacy Fernando Torres and if Chelsea are to play a more attacking, wide game, Costa is arguably the ideal fit. With two goals in two Premier League games, both of which showed real predatory instinct, Costa looks every inch the striker who fired Atletico to the Champions League final and the La Liga title.

With Ivanovic, Schürrle and Hazard all providing width, as well as Fàbregas and Oscar giving deadly passes through the middle, Costa has a great deal to feed off of, and Chelsea, on their day, could well beat any team in Europe.  At times last season, Chelsea were in the middle of being either a counter attacking team or a team who presses and outclasses their opposition. So far, they’ve unquestionably been the former, but Mourinho may well change this up against title rivals and against Europe’s elite in the Champions League.

Chelsea have been characterised so far this season, by excellent movement, clever positioning all over the pitch, and sharp, concise passing. The addition of Cesc Fàbregas has given another dimension and allows a more overall attacking intent to be Chelsea’s central philosophy in going for the Premier League title this season. What has been equally surprising for me is how Branislav Ivanovic has continued to get forward in spite of Chelsea playing with more like four playing just behind the striker, as opposed to last year’s three. In my view, Ivanovic’s high crosses have a great deal to be desired, but he positions himself excellently, and makes good runs that often require deadly cut backs and the like, so this need not be much of a worry. Felipe Luis will likely get forward more than Cesar Azpilicueta when he plays at left back so Chelsea may even play with two attacking full-backs.

However, don’t be surprised if Mourinho brings in Ramires, Marco van Ginkel or even John Obi Mikel to play in a midfield three alongside Matic and Fàbregas for some of the bigger games, with him bringing in David Luiz to play in the three so successfully away to Manchester City last year. That may cause either Oscar or Schürrle to lose his place at times, maybe even both if Mourinho wants the energy and pace of Willian or Mohamed Salah. Either way, this Chelsea side certainly has a more creative, combined effort about it as opposed to the more rigid 4-2-3-1 they used last season where the gap between defensive midfielders and attacking trio perhaps became simply too vast.

All talk must remain tentative, but based on what Mourinho has shown both in the Premier League and pre-season with an attacking line-up and Fàbregas being the regista, this season’s Chelsea may be both exciting and offensive, as well as with tremendous depth.