Alvaro Morata: Should Chelsea Intensify Their Pursuit For The Spaniard? 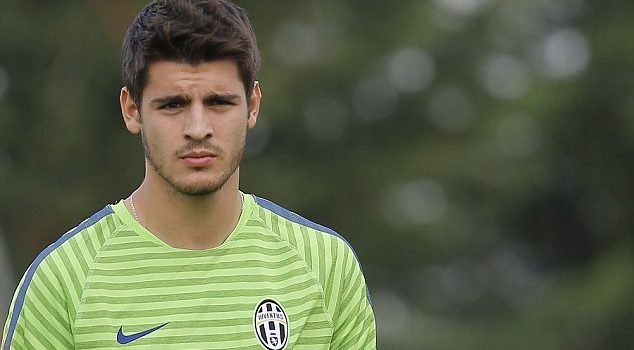 Alvaro Morata: Should Chelsea Intensify Their Pursuit For The Spaniard?

Reports emerging from Spain suggest that Chelsea are expected to intensify their pursuit for Real Madrid forward Alvaro Morata.

The 23-year old- who is now valued at around £66 million- joined Juventus in 2014, but has only recently resigned with the Los Blancos.

Since departing for the Old Lady, the Spaniard has improved in skill and stature, rewarding the trust of Massimiliano Allegri with goals whenever called upon the most.

Antonio Conte is said to be an Alvaro Morata admirer and could be tempted to meet the asking price for Real Madrid.

Morata was sold to Juventus in the season anon to their La decima Champions League triumph, but the Spanish powerhouse was compelled to activate their buy -back clause for the Madridista prodigy who has proven to have an eye for goal.

Morata may have scored just 15 goals in the Serie A throughout his two year stay in Turin, but it is his startling performances on the biggest of European stages that have attracted suitors aplenty.

He memorably scored in both legs of the 2015 Champions League semi-final- thwarting any chances of glory for his boyhood club.

Yet again the striker was deservedly august during the recently concluded European Championship in France and although Spain were eliminated in the last 16 by Italy, Morata aided La Furia Roja’s cause by scoring three goals to the good in the competition.

Seemingly on his way out

Renowned for their affluence and extravagance, Real Madrid activated their buy-back clause for a whopping €30 million, €10 million more than what their received from Juve in 2014.

Although 23-year old is befitting enough to compete for a place in the starting berth, Real Madrid seemingly brought him back to the Santiago Bernabeu just to reap the bountiful returns from his sale.

Should Conte go for Morata, it will be interesting to see what happens to the malevolent Diego Costa.