Cheick Tiote: The latest England-based star to move to the Far East 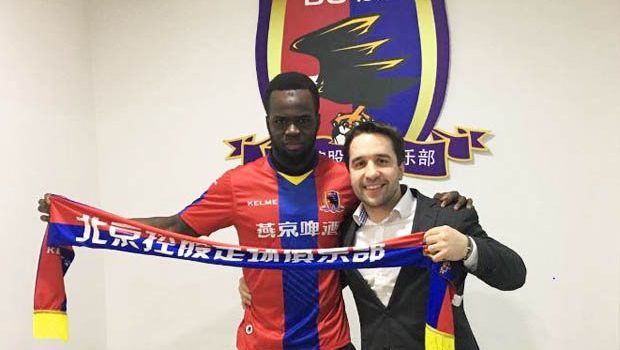 Cheick Tiote: The latest England-based star to move to the Far East

Another day has passed and yet another couple of moves to China have transpired. The Far East really is trying to make a name for themselves, so who are the lucky few this week?

Former Lazio, Inter Milan and Juventus player Hernanes has decided to give up his Italian Job to focus on winning trophies with the well-known Hebei China Fortune.

Most famous for his sending off against France in 2011 for kicking Karim Benzema in the chest, the ex-Sao Paulo star is following many of his international team mates with his latest move.

The only difference with his move however is that the fee is a measly £8.5m, about £400m less than his friends were sold for just a couple of weeks ago.

No doubt he’ll earn a hell of a lot more though, so he won’t be complaining about the numbers at this stage.

New team mates to welcome him to the Promised Land include Gervinho, Stephane Mbia and Ezequiel Lavezzi, with Manuel Pellegrini as his new gaffer.

The other latest unveiling will involve former Newcastle man Cheick Tiote, who has completed his move to Beijing Enterprises Group FC.

The ‘undisclosed fee’ must be a personal joke between the lads, not letting the public find out what ridiculous sum The Magpies are receiving, probably straight into Mike Ashley’s pocket mind you.

Unfortunately these two world-class midfielders cannot meet, at least not this season, as Tiote’s new club is incredibly not even in the top-tier.

China will have to wait for the time being to witness such a midfield battle unfolding right before their eyes, although luckily enough Nikica Jelavic is already in the second division and raring to go when the Chinese Super League starts at the end of this month.

The Ivory Coast midfielder’s long ranger equalizer against Arsenal will live long in his memory, but finding the top bin away to the likes of Xinjiang Tianshan Leopard or Dalian Transcendence are the new heights he’ll want to reach.

China is the destination

Australia was once the spot for these washed-up footballers who felt they still had something left to give, even Turkey provided that outlet to ageing stars who still had talent, but China is the only destination these days.

The contrast nowadays however is the fact that the players are at a much younger age when they move, and their wallets are obviously getting a lot fatter.

Take Lavezzi for example, a 30-year-old with an abundance of talent, now reportedly earning £400,000 a week. Incredible stuff.

Football fans worldwide must be genuinely worried which of their players is next to fall into the loving arms of Chinese football.