Ben Chilwell: Why Liverpool is Interested in the Leicester Prospect 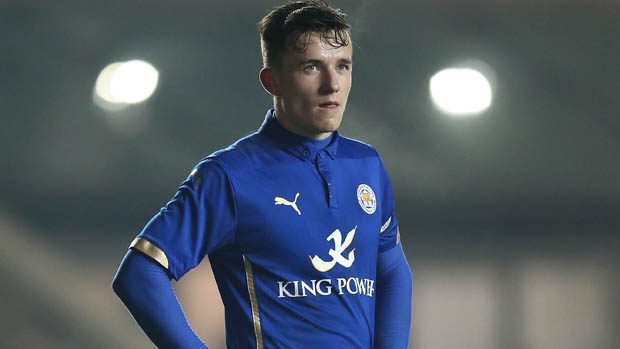 Ben Chilwell: Why Liverpool is Interested in the Leicester Prospect

The winter transfer window has officially begun which means that a bevy of players are going to be linked with every club all the time. Latest to be added to Liverpool’s list of “winter targets” in Ben Chilwell.

The 19-year-old belongs to Leicester City where he has spent his formative years. He hasn’t looked back since his move to the Foxes, making his way up the ranks. Last season, he was awarded the club’s Academy Player of the Year award. He made his first team debut in a League Cup match in October.

In November, the highly rated defender was sent out for a short-term loan to Championship side Huddersfield Town in an effort to make sure he gets enough game-time to accelerate his development.

The left-back is known for his speed down the flank. He can also cross the ball well, which is obviously an important prerequisite for a full-back.

Just because he has offensive duties to perform doesn’t make him negligent of defence, which is perhaps his biggest strength. He tracks back and can tackle the ball well. However, he is a “modern day full back” which means he loves to attack the ball and get involved with that side of things.

Chilwell is back with the Foxes and could feature for the high-flying team at some point this season. With Schlupp out injured and Konchesky heading out of the club, Chilwell has a great chance at breaking into the first team.

Leicester have rejected offers for the youngster in the past, notably a £3.5 million bid from Arsenal last summer, therefore we expect them to not be too keen to let the 19-year-old leave, especially in the winter. Arsenal have not given up though and are in the race to sign the player along with Tottenham and Chelsea.

Recent reports have suggested that Klopp wants the player in the summer as well. Chief scout Barry Hunter has watched the player many times this season.

Liverpool have Alberto Moreno as their first choice left-back. The Spaniard has done wonderfully well ever since Klopp took over and has cemented his place as the first choice in that position. This is also because Liverpool don’t have adequate cover in the position.

Joe Gomez can slot in as a full back, and started the season as Brendan Rodgers’ first choice left back. However, an ACL injury ensured his good start at Liverpool was cruelly cut short. He will return in the summer, but the 18-year old’s preferred position in that in the central defence.

Jon Flanagan has only now returned from injury and while he can slot in on the left side of defence, he prefers to operate on the right. Liverpool are also expected to finally sell Jose Enrique. Therefore, there isn’t much option in the particular position for Klopp and it makes sense for the German to be looking for alternatives.

Academy product Brad Smith has been used by Klopp on a couple of occasions and Smith has done really well but perhaps the German wants someone with more potential to come in.

It will be a tough affair for the Reds who will need to fight off plenty of competition for the player’s services. Leicester have a really bright talent within their ranks so it will be interesting to see if they are ready to part with him for a chunk of money.