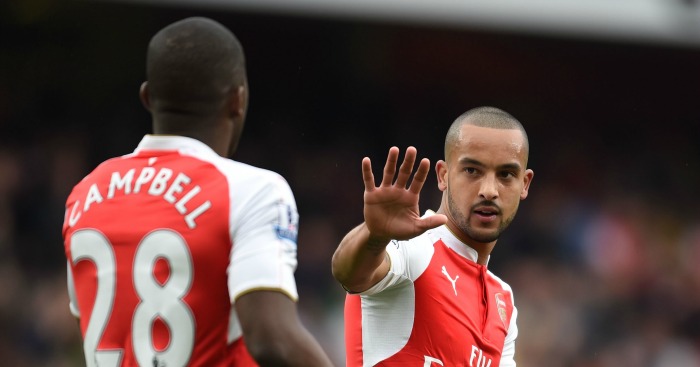 Everton will lock horns with Southampton for the signature of out-of-favour Arsenal winger Theo Walcott, understands The Sun.

The forward has not made a Premier League start since last April and will be let go this window, should the right offer arrive.

The Saints had looked like they were leading the race, with a return to a boyhood club seeming a romantic story, but Everton now look like the front runners.

Remarkably, the Gunners have quoted a £30 million price tag on Walcott, with the Toffees prepared to part way with £20 million.

Even in this uber inflated market, £30 million for a declining Walcott is staggering. The forward has made little progress in his last three to four years, and has been largely ineffectual.

He clearly possess talent, but his lacks consistency and is often caught meandering through the game rather than taking an active role: last Sunday’s loss to Championship side Nottingham Forest a prime example.

He would represent a good signing, for either club, but not at £30 million.

Related ItemsArsenalarsenal fcevertono-postsPremier Leaguesouthampton
← Previous Story Yerry Mina: A Shrewd and Talented Signing for high-flying Barcelona
Next Story → Can commentators please stop bellowing about the magic of the FA Cup?