Arsenal: Familiar failings for Arsene and the Gunners 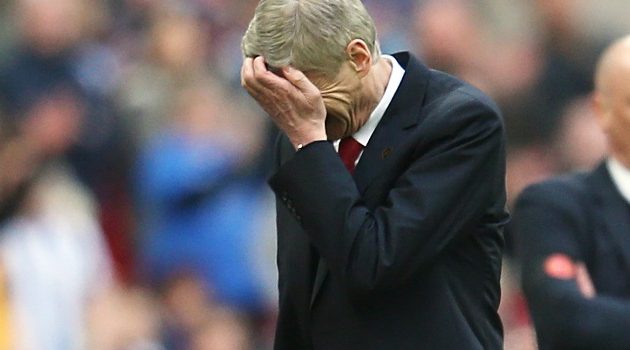 Arsenal: Familiar failings for Arsene and the Gunners

Two defeats in the space of a week have left Arsenal nine points adrift of Chelsea in the title race.

From being in a commanding position in both away games at Everton and Manchester City, my team let a lead slip and showed familiar frailties that have cost us so dear in the past.

It is hard to put into words what it is like being an Arsenal fan at times, hope is always the thing that kills you.

Good early season form, until the crucial matches kick in

Early season form like we had creates a sense of optimism and we are always hyped up as this ‘different animal’ , this ‘New Arsenal’ only for the side to let you down when it really matters.

The big games that actually have meaning are the ones where the team decide to stay at home and they are the ones that cost us league titles.

As we turn into the New Year it’ll be 13 years without a Premier League trophy and in my opinion we are in danger of seeing this time further extended.

Fans from around the ground are interviewed on Arsenal Fan TV and will always pick out a certain individual, a player that has underperformed.

Is it really justifiable though to blame one player when the one constant in all these years of failure is the man at the helm?

Last season was the year I lost my tether with Arsene.

Being a 20 year old, I’ve known nothing other than Arsene Wenger, the way he’s transformed this club is remarkable and I love the man but how he’s still in a job I don’t understand.

Two points off Leicester City in the title race in February last season and low and behold we lost our next two games and crumbled from there on in.

To add to that, we were knocked out of the Champions League in the last 16 for the sixth consecutive season.

The board at the club clearly think that this and top 4 merits a success. It does for them financially but not for the fans.

Following the Invincibles season in 2004 we have won 2 FA Cups, nothing more. To see the team capitulate year upon year is as embarrassing as it is inevitable.

Failing to deliver when it matters

Flashback to before the Everton game and we were on a sequence of 14 unbeaten games in the league.

Chelsea’s record of 11 straight wins in the league was a result of Conte having to change his tactics drastically after we thumped them at the Emirates. A 3-0 win that had all the hallmarks of a title-winning side.

We’d come out of a tough period of games against Spurs, PSG and Manchester United undefeated despite poor performances and things once again were looking up. This was followed by a mauling of West Ham where we really looked like the real deal.

And yet all it has taken is two games where it has really mattered and we’ve lost all momentum.

Pressure has kicked in and we are almost in a position where it is back to square one again.

The team looked unsettled in both defeats, beaten by teams who have applied sustained pressing and pressure which we haven’t been able to cope with.

It’s not just a case of this being a one off either. We are always fragile in these situations and it very much seems to be a case of old habits that refuse to go away.

For 5/6 months of the year we are great but the frequency in which we lose our bottle in recent seasons cannot be ignored.

If Wenger can turn it around and win us that league title that we crave then you have to take your hat off to him.

13 years of failed attempts though make it for me a remarkably unconvincing reality.

It is always dangerous to rant about him and the club after just two defeats, but from past experiences I don’t think this is anything reactionary.

Something needs to change, tactically and mentally. With three very winnable games approaching it is up to him and the players to put this right sharpish.

As if not, it is going to be another very long and depressing season for the Arsenal fans.