Aaron Ramsey: Why Arsenal should not let go of the Welshman 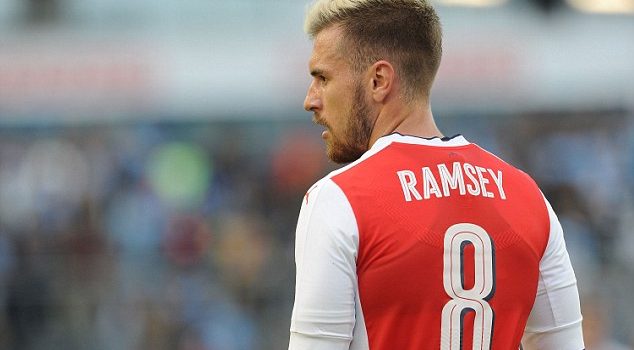 Aaron Ramsey: Why Arsenal should not let go of the Welshman

In observing Arsene Wengerâ€™s situation at the Emirates, it is clear that partisan loyalties and divides are clouding the future course of action for the club.

While some believe that his past achievements should entitle him to determine his own future, for example, others are adamant that he is tarnishing his legacy and has plunged the club into a sustained period of mediocrity.

This is making it hard for the club and Wenger himself to make a progressive decision, and one that protects the best interests of the club going forward.

Such uncertainty is also bound to impact on the players, particularly those whose futures are already uncertain.

Take Aaron Ramsey, for example, who has struggled to replicate his international form at club level for the last two years and continues to frustrate Gunnersâ€™ fans.

The future of former prodigies Alex Oxlade-Chamberlain and Jack Wilshere are also in doubt, creating an uncertain time for the club as it potentially approaches a new era.

The Argument for Selling Ramsey

The rumours surrounding Ramsey started last summer, after a stunning performance in the Euros for Wales attracted the attention of numerous clubs.

Wenger remained adamant in his desire to retain the midfielder, however, particularly has he reached his theoretical peak as a professional.

The tide has turned slightly this season, with a small selection of Gunnersâ€™ fans even suggesting that they should cash in on the Welshman.

Their argument is that Ramsey has not developed as he should during the last two years, as injuries and a lack of sustained playing time have taken a gradual toll.

The statistics also seem to support this, with the Welshman scoring an impressive 26 goals in 75 appearances for the Gunners between 2013 and 2015.

In the two yearsâ€™ since, however, he has scored just eight times in 61 games, while his influence on the team has also wavered as his form has fluctuated.

Despite this numbers and this seasonâ€™s paltry return of two goals and two assists in just 14 appearances for the Gunners, there is plenty to suggest that selling the Welshman is not the best course of action.

He does not turn 27 until December, for example, with his very best years arguably lying ahead of him as a midfielder.

He has also been with the Gunners for nine years now, sharing in numerous highs and lows (including the 8-2 thrashing at Old Trafford) during this time and maintaining a close affinity with the club.

His failure to carve out a defined role within the team has also been key to his inconsistency, having played as a holding midfielder, a wide attacker and even a number 10 behind a central striker.

This means that empowering him with a defined role may prove to be a preferable course, and one that does not allow a rival club to steal one of their prize assets.

It also means enabling him to play while facing the oppositionâ€™s goal and with license to break at will from midfield, with Ramseyâ€™s forward movement and finishing ability the two most notable features of his game.

Make no mistake; Arsenal face a challenging few months that will have a key bearing on their future.

At such a time, it would be folly to let players such as Ramsey leave, as the club should instead focus on building a new and progressive team for the years ahead.